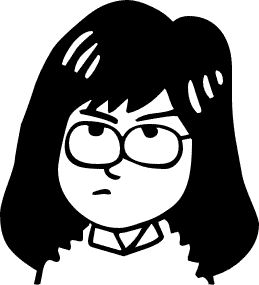 Please be aware that, while the article below is relevant to gaming in general, its initial target audience was those interested in MUDs, or Multi-User Domains – text games played via computer. Therefore certain aspects may not be applicable to classic roleplaying games, but the theory behind the essay is.

It can be a problem for any administrator, and it is my opinion that there is no more pivotal decision when creating a game. Everything one does, everything added and created from beginning to end, will be within the framework of what is chosen now. Such a choice is never easy to make, this decision delaying many potentially great games – indefinitely in some cases.

In choosing a setting, one can begin in a broad, nonspecific sense. Start with the four basics. These are, arguably, as follows:

Some will disagree with my choices, others with the number of groupings chosen. But for our purposes here, these four will do. For the moment we will not take into account hybrid world models. Below I will examine each category and lay the foundation for the following pages on specifically choosing one.

For every person asked a different definition will be given, but, to me, fantasy can be defined as, “A world in which extraordinary events are explained through magic or the supernatural.” Unfortunately it must be broken down further, as ‘fantasy’ is not specific enough. To cite an example of a more specific fantasy setting, let us look at Myths & Legends. A myth or legend is arguably historical, but, as we can see, often falls into the fantasy category by way of being, “An extraordinary event explained through magic or the supernatural.” Nevertheless, the feel of a Greek Legend will be far different from that of an epic tale of High Fantasy. Keep this in mind – fantasy is not precise enough a genre in itself.

Historical settings are arguably most difficult of all to write, as they require a very strong factual basis – an error-ridden historical setting can leave a very sour taste in the mouth of any participants savvy enough to realize the inconsistencies. The advantage however is that whether you are using modern-day Argentina or Britain in the 1500s there is plenty of research available on historical settings to give you a strong factual basis for creating your world. This leaves fewer ambiguities and often allows players to delve into your game more rapidly than with a completely original setting, as they will have at least a cursory real world knowledge of the subject.

If historical settings are the most difficult to prepare for, horror settings are certainly the most difficult to pull off. If the impression isn’t conveyed perfectly, all that is left is a trite and clich? version of one of the other settings mentioned here. By its very nature, the horror setting relies purely upon gleaning emotional responses from its participants, creating the sought after atmosphere of terror, suspense and intrigue that has the potential to make horror one of the most memorable of settings. As with any other genre, horror settings can vary greatly, from a gritty, modern-day murder mystery to the oft-seen story of vampires and dank castles.

Finally we come to science fiction. Not as common as fantasy, but the likely runner-up, science fiction offers many of the same qualities to its storylines as fantasy – incredible forms of attack and transportation, fantastic creatures and epic conflict, but achieves these through ‘science’ rather than magic. While not always rooted in valid scientific fact, the basis for science fiction is generally technological. It is generally accepted that well-researched scientific principles are not a requirement of good science fiction, but the audience you attract will expand if logical explanations can be provided.

Before choosing one of the above settings, it’s important to consider certain factors. This list is certainly not exhaustive, but may include:

The above should be enough to get you started, however I have taken the liberty of expanding upon the four basic setting types and adding a bit of text to each, as seen below.

A last, unmentioned type is one that combines two or more of the above. Excellent examples of this include the Star Wars Trilogy (Rare magic use with classic Science Fiction), The Matrix (a Hunted setting along with manifestations of extraordinary talent) and, perhaps, Final Fantasy, with its combination of magic, fantasy and modern inventions.

Please, however, be mindful of something – the above settings may and should be twisted, molded, combined or torn to pieces. In the end, I hope to have been useful to you – if, at least in part due to the above, you’re able to select a setting and begin your masterpiece, this has been a success. May your world blossom.