Tips for GM's, From a Player's Perspective - Roleplaying Tips
1

Tips for GM’s, From a Player’s Perspective 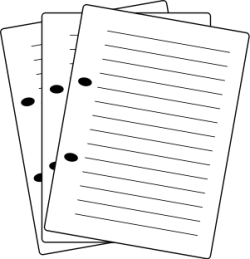 I list this first because it is the most important. I played in this adventure and for a few sessions the GM had done extremely little to no prep work. They flew by the seat of their pants for those sessions. This can usually be pulled off by more experienced GMs, especially if you have a continuing story you can ad lib for, but that wasn’t the case with this GM. So, for those sessions we were pretty bored while we waited to hear where our last action took us, and waited up to a half hour each time we had an encounter. (Randomly generated with no thought to where we were. Seriously, a band of Forest Sprites in the middle of the barren Scrublands?)

Being prepared also means having a good understanding of the rules. The GM should know the rules better than the players, unless of course one of the players is a GM in disguise and knows the rules themselves. Having to check a rule every few minutes while we groan in agony slows down the game. We can let all faults slide – bad storyline, unoriginal NPCs, cheesy rule callings, etc. – but if there hasn’t been even a small amount of prep work then we get really pissed or disappointed.

All it takes is fifteen minutes to set something up, even less if you have an ongoing campaign. And if you don’t have an ongoing campaign running, then you should host a new game with a plan in mind. Granted, sometimes you just haven’t had the time to plan, and we as players understand and respect that, but when it is a constant occurrence we get pissed that we are obviously not even worth the 15 minutes to plan out a rough adventure.

Take a hint from us

“While I am in town for the day I am going to visit my brother who runs one of the local glassware shops, and see how he’s doing.” Perfect. The game has been slowing a bit and I decided to try to give the GM something to work with. My character’s statement has just provided at least one sessions worth of adventures, if not more. I can go check on him, realize that he hasn’t been doing that well, find out it’s a group of thieves that’s trying to run the block, we go investigate and see if we can bargain with the thieves, uncover a plot to take out a nobleman, etc. If you pay attention to what your players are doing, and saying, then planning adventures isn’t hard. And if you listen, then your games will always take an interesting turn (“Shoot anyone that isn’t Starfleet”), sometimes for the better, sometimes for the worse.

Give us something to work with

When you tell your story, give us things we can use to expand on for the adventure. This will make your job easier in the long run, and provide you with other possible plot hooks. “As you are chasing the thief down the street, you see out of the corner of your eye another figure who is following on the rooftops. Make a perception check. *rolls* Okay, you think you recognize the figure as the Elven Merchant you were introduced to at the previous week’s ball.” That example then gives the option for the players to investigate the elf further, if they want. And depending on how they handle it, provide even more plot ideas.

If you want us players to go the extra mile, and give really detailed character descriptions, or create new things you can use in your games, then give us a reason to do so. No one likes to spend four hours designing a new character class, relevant to the current campaign, only to have the GM say, “Thank you, this is great” and then continue on with no more thought. If you don’t provide some sort of incentive you will find that those of us who like to go the distance will stop doing so. My one favorite tactic, when I GM, is to give bonus experience. And not a measly amount either. Usually something worthwhile. Enough to severely progress them in their level, if not help them obtain the next level.

Learn to deal with the unexpected

GM: “The Dwarven emissary approaches you, makes his introductions, and thanks you for traveling all the way to the mountain. He then asks you to follow him to the Thane so you can be introduced formally.”

Player: “When he turns his back on us, I will shoot him in the back of the head, at close range with my crossbow.”

There goes the hopes of the players meeting with the Thane and taking on the quest to save the dwarven people from the evil cave lizardmen. Months of planning down the drain. What will you do? Well, hopefully something. If you can’t think on your feet when unexpected things come up, then don’t host games. Unexpected things will always occur. Guaranteed. So roll with the punches and always remember one of the basic laws of physics: every action has an opposite, and equal re-action.

Don’t restrict our actions or choices

There is no reason we can’t do whatever we want in a game. Granted, we usually don’t deviate from our alignment/concept, or do stupid things, but occasionally we do make questionable choices. And if we make these choices, don’t tell us we can’t, or go out of the way to prevent us from doing so. If I want to shoot the Mayor in the back, don’t have my gun get jammed, or be out of bullets, unless it actually is. If we screw up an adventure because of doing something you didn’t plan for us to do, then deal with it and continue on.

Get into the role of the NPCs

When you create NPCs for the game, give them a personality and background. Sure, it takes a bit of work in the beginning, but once you progress through the campaign, you will have a wealth of NPCs that seem more like real people than just a name. And if you can’t think of a personality for an NPC, then give another player the chance to take on the temporary role, but only if their character isn’t there, or the role will interfere with the other characters. An easy way to make an NPC is to list race/description, occupation, and a personality quirk such as a nervous tick or favorite saying.

Open the door, kill the monster, take the treasure. Typical D&D adventuring. The expected. The unexpected for that would be kill the treasure, open the monster, take the door (Murdock’s saying). When we’ve been playing games with you for awhile, we get to know your style and the way you do things. If you don’t switch up the game a bit, then there is no challenge for us and we start to anticipate your every move. When this happens we usually start to cut you off at the pass. i.e., You always have a group of bandits that attack every time we travel between towns. We then start to lay ambushes, ourselves, for the bandits. The best way to do this is to never do the expected right from the start, so then we won’t know what to expect and will always play to the best of our ability.

Always give us an option

A GM once threw us in a room, sealed it off, started to fill it with water, and then proceeded to say, “Well I don’t even have an idea to get out of this room myself, so I am open to suggestions.” The room was his own design, and every time we tried to stray from the path he always beat us back onto it. If you leave us with no options, then we have no free will. And if we have no free will, then there is little point in playing. If you have trouble dealing with this, then, may I suggest writing a book? That way you can control your characters and get them to do what you want, when you want.