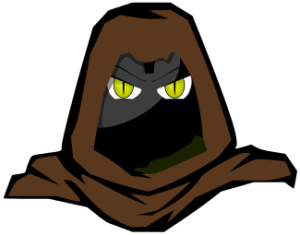 A lot has been written about how to develop the hero and heroine in a story. An often overlooked, but equally important character, is the villain. He/She must also be developed properly to make the plot believable. Many of the techniques used to develop other characters will also work in developing the villain, but there are some additional factors to keep in mind when you are writing a “bad guy or bad girl.”

1. Don’t Let Your Villain Intimidate You

The villain can intimidate your characters, but shouldn’t intimidate you; otherwise, you won’t be able to write him/her effectively; if you’re pulling back in your writing, then you won’t do the character justice; get him/her under your control or the villain will fall flat and not sound convincing; in other words, don’t be afraid to write “evil”.

2. Even Villains Have A Good Side

Remember that no one is all good or all bad; a villain can have a soft side, too; maybe it’s for women or children or animals or some aspect of the human condition; your villain is a “bad guy/girl,” not a demon (unless you’re writing a horror story); so make him/her a believable human being.

3. Villains Have A Reason For How They Act

As the writer, it is essential you know the villain’s motivation (even if the reader doesn’t); only this way will you be able to keep his/her words and actions consistent; he/she acts evil for a reason; even if that reason is “crazy” in the eyes of society, the villain believes the reasoning is logical and performs accordingly.

4. Be Aware Of The “Class” Of Your Villain

Villains come in many different shapes, forms, and backgrounds; these factors will determine how you present the character; a small-time drug dealer will act, speak, dress, and move differently than a corporate spy; do your research.

This doesn’t mean to pull back in your writing; however, don’t get “villain- happy;” make your villains as evil as they need to be for the storyline, but no more than that; otherwise, they will either ring untrue or they will take over the story, distracting from the hero, heroine, and original plot.

This may seem obvious, but a villain from the present and a villain from out of history or from the future needs to be viewed and written differently; society changes over time, and a villain in the past, may not be a villain in the present or the future; for example: in the 17th century, witches–particularly on the East coast–were considered villains by a large portion of society and were incarcerated or put to death; however, now that belief is no longer a “frenzy” in our society; so when you incorporate a villain into your plotline, that villain need not be an all- encompassing villain, but simply needs to be a villain in the context of the particular theme of your story.

Don’t use a villain unless you need a villain; an unnecessary villain is a nuisance, not an asset to a story; don’t create one just to have one; the villain must have a reason for being there other than simple shock value; many plotlines revolve around the internal conflict between the hero and heroine and do not need a villain in order to tell the story.

Finally, your villain must get his/her punishment in the end; if he/she simply disappears, then you’ve given the villain too much power; take away his/her power; give the reader the satisfaction of closure for all the evil that the villain put your hero and heroine through; this doesn’t necessarily mean that the villain must die, but he/she should suffer in some way for his/her actions.