When It All Goes Wrong: DMing on the Fly - Roleplaying Tips
2

When It All Goes Wrong: DMing on the Fly 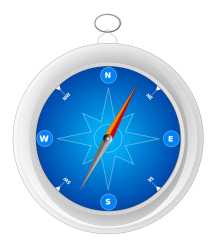 Warning: This article represents a certain ruthless type of gameplay that, while still friendly between DM and Players, may be better suited for good friends who know not to take whatever cutthroat tactics their DM may use personally.

In a perfect world, you, the DM, create an awesome story. Your awesome players go from point A to B to C, thoroughly enjoying themselves until they reach the climax and rescue the royalty or slay the beastie. If this was all true, anyone could DM. One of the DM’s biggest tests is when the players don’t follow the yellow brick road. Sometimes they veer a little, sometimes they completely go off the beaten path, and sometimes they’ve left the planet. You can’t control WHEN this happens; what you CAN control is how you handle it.