10 Ways to Setback Your Group Without Railroading - Roleplaying Tips
3

10 Ways to Setback Your Group Without Railroading 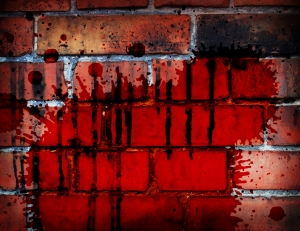 Bradford Allen recently wrote a very popular article for RPT called How to Create Blockbuster Box Office Hits with Your Players – Every Adventure. He advised to present your group a serious setback at the 75% mark of an adventure.

This provides perfect pacing to create maximum tension. Will this be the defeat of the party? How will they get past this seemingly insurmountable challenge? Has the villain finally won?

On top of the great pacing, your story gets a massive boost if the PCs defeat the challenge. Your players will be so excited from overcoming the setback that if you were the worst GM on the planet your group would still be bouncing off the walls and singing your praises as storyteller.

What’s tricky is avoiding scripting. How do you make sure there’s a setback at the 75% mark without forcing the PCs down one particular path?

I asked Brad this exact question, and he said it was difficult. He usually just scripts the first part of an adventure to get the ball rolling with great momentum. Then he reacts for the rest of the adventure.

As he sees the 75% coming up, he looks for opportunities to try to set the group back and wings it.

The good news is you only need to create the situation, not force an outcome. That is the big difference here.

Most plotting GMs start with the outcome and work backwards. Here, you are playing the game until you see a way to place a believable obstacle in the PCs’ path and then you step back again. You are only creating a situation, not directing an outcome.

To help you out, Brad came up with a few setback ideas and situations to get you inspired when the 75% mark approaches in your next adventure.

Note that you need to place a big potential setback in front of the PCs here. The stakes must be high, else tension flattens and the value of this technique fizzles.

According to Brad, “The only difference between a Complication and a Major Setback is the degree. Complications can be overcome, but Major Setbacks are insurmountable without some breakthrough or special insight.”

The heroes are unable to locate the Baddies’ secret base or other location where they have to accomplish Main Goal. (Final Push: Secret Clue to base’s location.)

Following a series of Complications, the Main Goal is accomplished, but doing so sets off a death trap (roof caves in, volcano erupts, ship self-destructs) that makes success meaningless as all the heroes face certain death. (Final Push: Daring escape plan.)

The Baddies have an all-powerful monty haul weapon that is far above the power level of the PCs. (Final Push: Discover way to disable the Secret Weapon.)

The Big Bad Guy’s boss shows up demanding answers and is way above the PCs power level. Great in an ongoing campaign when the heroes reach the power level of a Big Bad Guy and you want to introduce a new Big Baddie.

7. We’ve Been Waiting For You

Similar to Death Trap only this time the PCs have yet to accomplish their goal and instead are ambushed and taken captive. (It is likely that one or two crafty PCs will escape providing the Final Push: the Breakout.)

An NPC ally turns on the heroes for money, revenge, back room deal or some other cool reason.

A major weakness of the party is used against them causing total failure. (Final Push: Party must overcome their shortcomings and conquer themselves first before facing the Big Baddies).

Also, one cool Final Push that can be used to overcome any of the above Major Setbacks is for the PCs to convince a minion to see things their way and betray the Big Bad Guy. (Also cool if this minion ends up dying in the process to help the PCs accomplish their Main Goal). Not all bad guys should be one dimensional. Good to show the PCs that sometimes bad guys can change sides.