5 Story Hooks From A Dead Monster

Here’s a cool infographic about the decaying body of a monster: 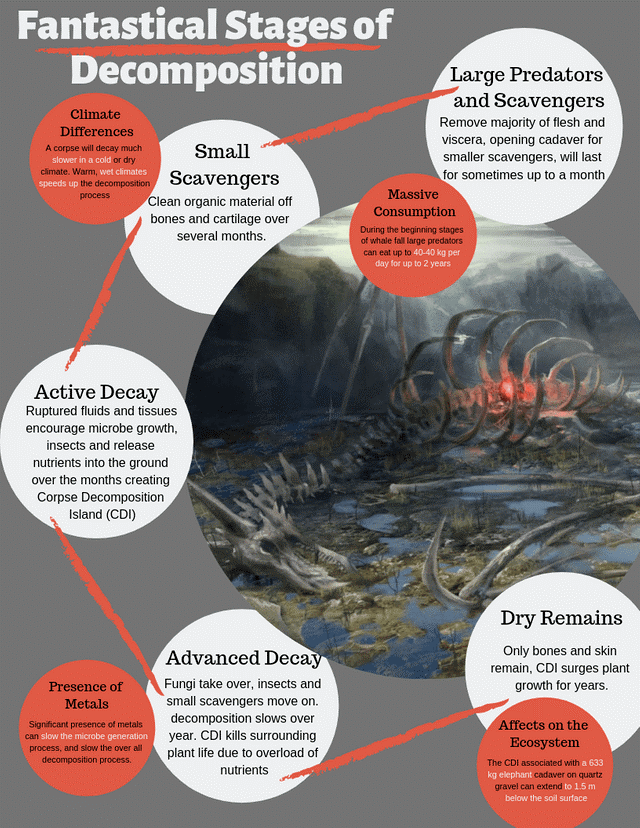 A bunch of hooks instantly sprung to mind as I pored over this….

A cult wants the skeleton brought to their secret laboratory for revival. Of course, outsiders who learn the lab’s location must also be revived.

Who killed the creature and why? Something nefarious is afoot because certain pieces of the creature seem to be missing and look to have been removed with surgical precision.

The creature’s mate wants revenge. Whether it be cold and calculated justice or mindless rage, those nearby need help defeating the dangerous foe.

The flesh was removed after death. Was it the work of a crazed taxidermist? The same mad wizard who created owlbears now working on an even “more magnificent” project? Or psychopaths planning to win Best Float in this year’s summer solstice parade?

The graphic itself has good info to help you decide how the world changes after the PCs deal with major foes.

But I thought it might trigger some plot hooks for your campaign too.