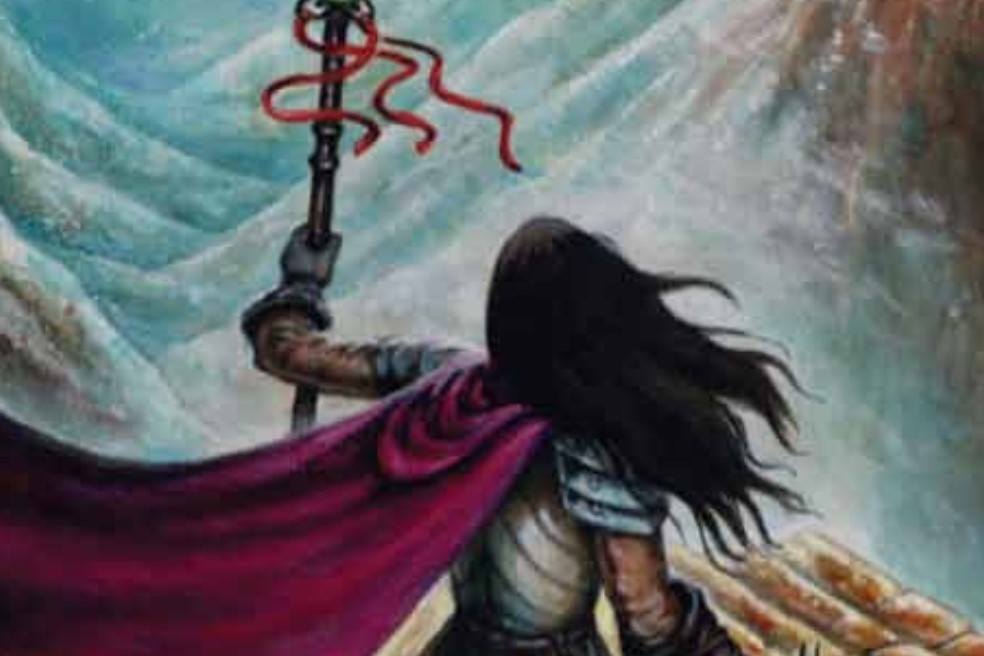 Disclaimer: Johnn gave me a license for Campaign Logger, and asked me to write about my experiences with the program.

Starting a new campaign is like the last strip of Watterson’s Calvin and Hobbes: “full of possibilities!” It’s a blank piece of paper, a fresh field of snow, or whatever analogy is most appropriate for the area you live in. The only thing standing between you and the epic plans you have for your players’ characters is penning them all down.

With the survivors of last week’s funnel game recovered from their harrowing experience in Starless Sea (more or less), the world of Dungeon Crawl Classics (DCC) decided to call them back into action to keep the forces of Chaos at bay1. But first, I needed to give them a reason to leave their safe lives—what students of narrative call the inciting event. Today, I’m going through my process of planning my own adventure using Campaign Logger, and running it with my players.

I wanted to surprise the characters with the fact they were facing echoes of the evil they encountered in their last adventure. In-game, their sudden leap to level 1 was explained by an entire year of mundane peace, which they used to hone their skills and work towards personal goals. So, I didn’t let the cat out of the bag at first. My plan was to have an NPC call in a favor, where they are asked to “borrow” a precious gem that was being transported to a nearby museum. Grand theft, very heroic stuff. The caravan is supposed to stop in their town, but it won’t show, and they will have to travel to the forest outside of town. 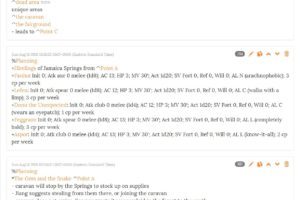 This screenshot can also double as an obituary. (Fanho deserved better.)

Sailors on the Starless Sea was merciless to my group. Twelve wannabe heroes entered the ruined keep, and three of them came out. As such, I was hesitant to send the newly classed adventurers in without some backup. Thus, this list of expendable hirelings. Since a hyperbolic 90% of DCC is devoted to the random table, you can guess how helpful it was that there was a dice roller built into Campaign Logger. I used it to randomly determine the hirelings’ weapons, armor, and alignment. For evocative names I didn’t have to think too heavily about, the app’s Holmesian Name Generator also got a workout. 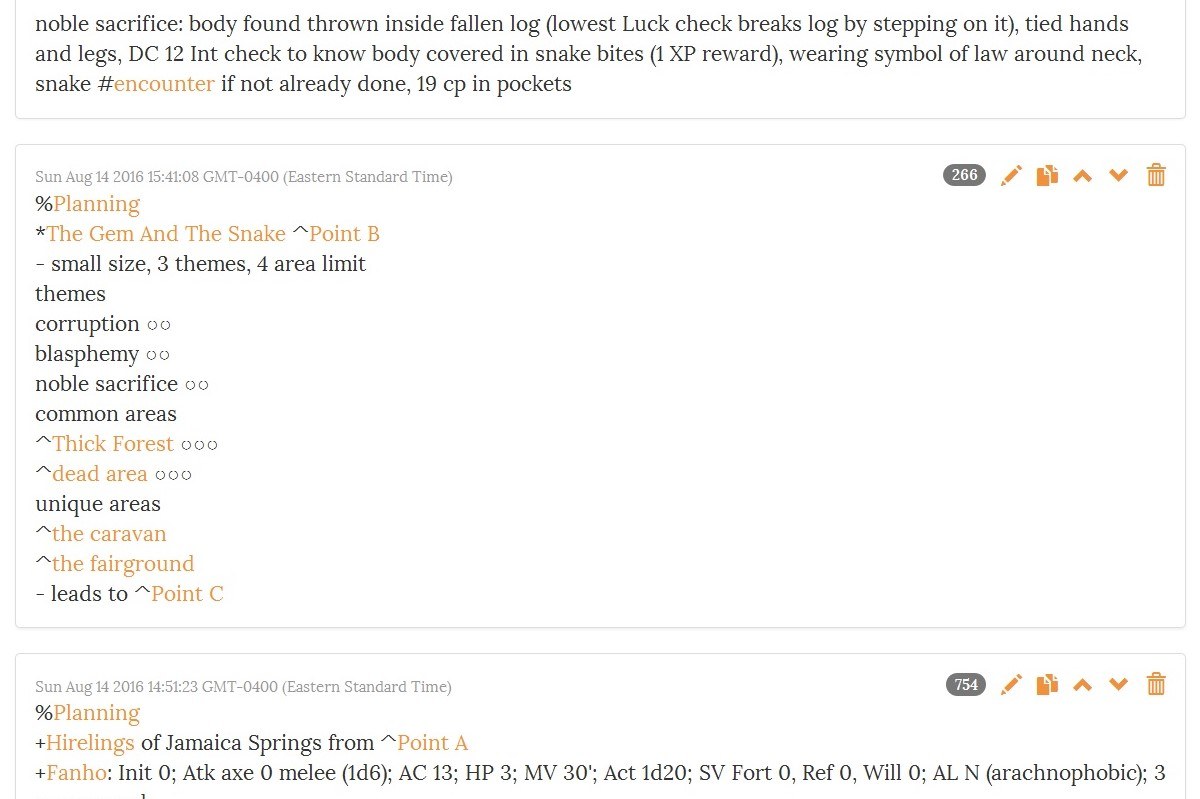 To create the forest that I was going to treat as this session’s dungeon, I used the process outlined in Jason Lutes’ Dungeon World supplement, The Perilous Wilds. Without spoiling too much of how you can create dungeons on the fly, you basically determine the main themes the locale will explore, and work from there. You’re building events and encounters as opposed to rooms and hallways. I went with the themes of corruption, blasphemy, and noble sacrifice, and those alone gave me a good number of ideas. I find that the Perilous way is great when you’re putting together an area with vague boundaries, like my forest.

As you might have noticed from my planning entries, I’ve labeled each section of the questline with “Point A,” “Point B,” and so on. I mentioned in my last post how Campaign Logger is a useful game master app for its tag system alone, and I’ve been playing with it. Since clicking on any given tag shows you all of the entries with that tag, I thought it would be helpful to write each tag that leads to each other, in case you need to go back and forth between information that you need. For example, the monster encounter table leads back to each area of the forest.

Strapping Everything into the Crash Test 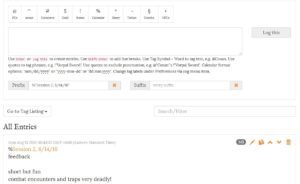 While I ran the game, I put into practice one of the tips I got from the e-mails Johnn sends you for subscribing to Campaign Logger. If you use the Prefix feature, you can have the game master app automatically add that prefix into each entry you make. Turning it off is a matter of deleting the characters in the box. Here, I used %”Session 2, 8/14/16” to keep track of all of my notes made for this session and this session alone. Of course, this meant that I had to go back and re-do the notes I had taken from the first session, but I’m thankful I started this practice now instead of later. Thinking back now, I will be using that interesting § symbol to compile player feedback at the end of the game, since I haven’t been using it for PC and NPC deaths.

I did run into one speed bump while planning the game. There were two times where I went to edit an entry I had already made to add a tag or to fix a typo, and when I pressed Enter to finalize the changes, Campaign Logger cleared the information instead of saving it. I’ve found that it has happened when I have more than one tab of the app open, but I can’t pinpoint the exact trigger of the problem. Because of this, I select all of the text inside an entry I have edited and copy it before I press Enter, just in case I need to paste it in again. I’ve also taken to downloading the .json copy of the log information regularly as I work on the game, which makes me pine for an option to do that while the log is open.

Thanks for reading Roleplaying Tips! Next time, our heroes travel from podunk town to wondrous city, and I’ll use Campaign Logger to make that city come alive. Do you have a preferred way to generate your dungeons?

1. This is the kind of adventure Dungeon Crawl Classics does best: grim, iconic, mysterious, deadly, and wouldn’t feel out of place in Heavy Metal magazine.