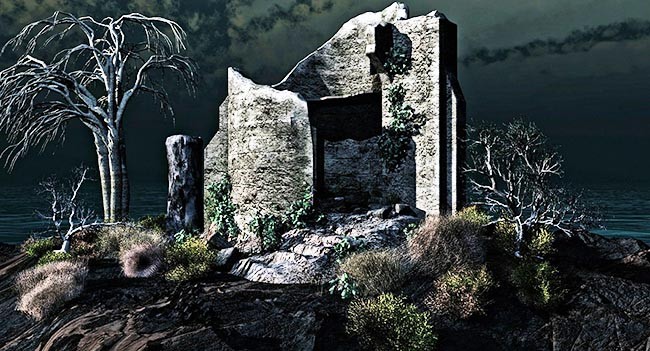 What If?… Plot Seeds Generator

Last Musing I answered a question from Anon GM about what hooks are and why you want to use them. Today let’s dig into part two of their question: What are seeds?

In my lingo, a seed is an idea not fleshed out yet.

For example, good drow running from evil kin. Or, magic armour, with a slight flaw, perfect for the barbarian, buried in a crypt.

It’s an idea but not a plan.

Many game masters run with just a list of seeds. All they need are the sparks of ideas and they are set.

Alas, I’m not one of those GMs. I need to put a little sweat into the process to squeeze out great session prep.

So I create little recipes for myself and teach them to you in case you find them helpful too.

What If?… Seeds Work Great

One such recipe is the What If… method, inspired by Ray Bradbury. Find a bit of inspiration (the seed of an idea) and build it out by asking What If?

When prepping just about anything now, I start with a brainstorm list of ideas. It’s good exercise for thinking on the fly, and it gives me options. Brainstorming a list of ideas gives you lots of options to choose from, and hopefully, some are truly gold you can take to the XP bank.

So a seed is a tiny idea you can play to find out what happens. A seed is a possibility, not an ending. It’s a choice, not a directive. It’s incomplete. Whether you flesh your seed out during prep or play, it gives you great GMing direction.

Jochen and I built Campaign Logger specifically with hooks and seeds in mind. It’s an awesome brainstorming tool in addition to a fast prepping and session logging tool. Just start writing and use tags to instantly link and connect your seeds.

After even a single seed brainstorming session of five minutes in Logger, you could have the framework come together of several people, places, plots, and things ready for several sessions of adventure.

For example, we just added a Plot Seed Generator to Campaign Logger. Use this to get inspired, or to whip something up quick during the game sure to entertain your players.

The generator gives you a basic idea using the What If?… method. You decide where to take the idea next. This generator also makes a fantastic rumour generator, giving you instant news, gossip, and hooks to roleplay.

Here’s d20 example seeds I generated in seconds with the Plot Seeds Generator:

This is why I like seeds so much. Start with something small. Something unscary — just an incomplete idea or tiny ripple of a potential idea.

Then grow and nurture the seed over time, detailing and connecting other ideas and campaign pieces until ready to sail with it.

Hopefully that answers your questions, Anon GM. If not, let me know.

Campaign Logger customers, you’ve got the Encounter Seeds Generator right now in the web app. You’ll find it under the Tools menu.

If you have not purchased Campaign Logger yet, you can get access to the Encounter Seeds Generator, Village Generator, 3 Line NPC Generator, and a bunch more tools, plus the whole logging system at the Charter Member amount.