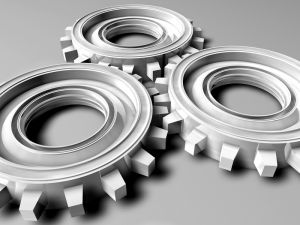 Let’s face it. No matter how hard we try there comes a point where reality bogs us down. Last-minute errands, phone tag, burn-out at work or school, and other issues make it harder for GMs to plan and run the game, and it saps player energy and brainpower.

So, what’s a good GM to do when life starts to do to the party what Krandor the Barbarian Overlord couldn’t?

Get creative. Listed below are three methods that, with a little time and effort, will make your life as a GM easier.

1. Use Technology to Your Advantage, Not Your Annoyance

Depending upon who you talk to, modern technology is only serving to make us all depressed, helpless and frustrated as we surrender our lives to machines and computers. I say, make the bloody things do our work for us. Below are two such examples of what I mean.

We all know e-mail can be a good tool for coordinating sessions and seeing who is and isn’t coming, right? Well, if you do it right, you can use e-mail to avoid a perpetual annoyance for parties: juggling XP. Just make it a point to have the party share e-mail addresses with you, and you’re set.

In this day and age, a number of companies and colleges provide e-mail addresses to their employees and staffers, making it theoretically possible for a person to have an e-mail address without even having a computer!

In my Battletech / Mechwarrior campaign, sessions normally run right up to the maximum amount of time we have each evening we game; there’s just that much ground to cover.

Unless we somehow end early, none of us can afford to take ten or twenty minutes of session time to compute the XP right in front of everyone and wait while people figure out what new skills or traits they wish to purchase.

Instead, we use e-mail. I take the character sheets home with me at the end of the session, run the XP numbers on my own time, and fire off e-mails to each member of the party telling them what their XP totals presently are and asking what they’d like me to cash their points in towards.

The party members can take their time deciding, and with my typing speed it’s a simple matter to dash off a paragraph or two from the rule books if a question arises; anyone who has had to handle such a discussion by way of ye olde telephone will realize that it’s an easier proposition.

By the time the next session rolls around, everything has been taken care of; I don’t have to bring up XP unless someone has a large quantity of XP they need to cash in.

Tired of always having to run to the library to make copies of character sheets? Having trouble reading your players’ handwriting when they try to cram everything in the margins of notebook paper? A word processor can solve this problem for you.

Figure out what the core items each character will be needing are, such as:

Use a word processor to draw yourself up a template you can use as a character sheet. Print blank character sheets as needed, or e-mail the file to your players and have them fill in the info for their own character so there’s a digital back-up in case their sheet goes missing.

This will take a little bit of an investment of time on your part, but it’ll be well worth it in the aggravation it’ll save you.

“You Know, I’ve Been Thinking…”

GMs, I’ll put it bluntly: it pays to be perceptive. You can spot problems before they become serious, inject a bit of novelty into your campaign, or maybe even help improve the group attitude if you’d just simply pay closer attention to things.

“…It’s such a nice day; how about playing outside?” This one is as simple as it sounds. People sometimes tire of seeing the same four walls, be it their own bedroom or the game room. As such, sometimes you the GM need to vary things up a touch.

The simplest answer is to game in a slightly different location as conditions permit. Not a lot of room at the table to lay out your maps? Use that as an excuse to play out on the floor in the living room if no one else is using it.

Is it a nice day outside and no one has allergies? See if you can commandeer the patio set and play outside. It’ll change things up a little, and maybe even bring a slightly different perspective to the way you all play.

“…Abe, Bob, and Chuck aren’t going to be here; how about a movie night?” I’ve instituted a policy among my gaming group: if a minimum number of players aren’t going to be available, then instead of gaming I’ll bring down some movies.

Why do something like this, you may ask? If we’re short so many players that it would affect the game play and result in us spending a lot of time explaining what transpired, there’s no real point in playing.

On the other hand, it’s still an excuse for those who could show up to just sit back and have a little fun for a few hours. With my group, all I’ve got to do is throw on a disk and in a few minutes we’ve got our own version of Mystery Science Theatre going; it was a big hoot the night I brought over Blue Thunder.

Movie night can serve another purpose as well: giving players new ideas and concepts they may wish to test out in the game. Perhaps they picked up a stunt or a line of dialogue that fits their character’s personality. Maybe they’ll have an idea for how to solve a challenge you’ve thrown at them.

Going back to Blue Thunder, between the action sequences and Roy Schneider’s acting two of my players discovered a new-found respect for the use of assault helicopters in combat; this led to me creating a helicopter pilot as an NPC, a decision that pulled the party’s bacon out of the fire during at least one battle.

A few years back, a Roleplaying Tips contributor brought up the idea of tapping TV shows and movies for possible plot hooks and full-on adventures. I’m here to tell you that you can take it one step further.

The more content you are familiar with, the more ideas you can tap. Not only can you see how things are done, you can see what types of issues might come up and what steps might be taken to get around them. Just get yourself comfy, grab a notepad and pencil, then get to it.

For starters, consider the villain for your game. Do you want a villain who’s over-the-top with his ego and methods? Try sitting down with a few episodes of G.I. Joe and take notes whenever the Cobra Commander is on screen. Would you prefer a villain who is a little more subtle with how he does things? There’s always Superman’s foe Lex Luthor or Batman’s Penguin. Need a villain who is cold and psychotic? Grab Jack Nicholson’s rendition of the Joker or screen the Hannibal Lecter trilogy; they’re just a DVD away.

Likewise, you’ve also got a few different options in regards to plots. Do you want your party to be big darn heroes who always pull it off at the last minute? See how the A-Team does things. Looking to see how a stealthy group should function? Try Mission: Impossible. Is your party a group of space-faring do-gooders out to keep the peace? Take your pick of Star Trek series.

This can also count as research. There’s a number of specialty channels available for people to view, thereby allowing you to gain real-world information about what happens or what once took place. You just have to be patient and check the listings often. Got your party storming Normandy? See if there’s a TV network focused on history or the military and check what they’re airing.

Are they hot on the trail of a serial killer? See if there are any channels dedicated to true crime; if not, then the forensics of crime-fighting may make it to a science or other informational network. What about traipsing merrily through the Sahara? National Geographic Channel (or its regional equivalent) all the way. Mad scientists in your midst? You have Mythbusters and Brainiac.

Check out this list of great RPG movie inspiration.

So here it is, folks. Three ways you can be a better GM and spice up your campaign, all of which require little more than your time to perform. And yet the rewards you’ll reap in the form of better game play and increased enthusiasm should be more than worth it.