Bang! Why The Start Is So Important 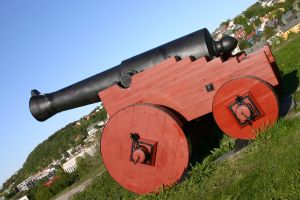 This GM tip brought to you by Jason Kerney

I have run many a game that started with a conversation. I can tell you those games take three to four sessions before they start flowing correctly – people take time to get to know each other and explore their characters.

This all changed when I started running a game called Seventh Sea. The Seventh Sea Game Master’s Guide talked about starting your games medias in res or in the middle of action. It talked about immediately drawing your players into the action and having them figure out what is going on as they play.

It sounded fun so I tried it. I immediately fell in love with the idea. That first game ended with many complaints from my players. They wanted to continue, they needed to solve the current problem and they wouldn’t leave the table. It is rare the first game ends with so much enthusiasm. The next morning I awoke with emails from all my players asking when the next game would be.

The benefits continued to grow. My players became familiar with their characters during the first session, and I continued to get open leads that my players generated for more story ideas. I felt I had learned a winning strategy, but I did not know for sure. I have since run several games using this technique and it has always gotten me over that awkward first couple of games. I no longer have that ramp up of interest that kills many of my stories.

We work so hard on making games last that we often overlook the most important part of a good game. The beginning. I plan to never let this part be ignored again.