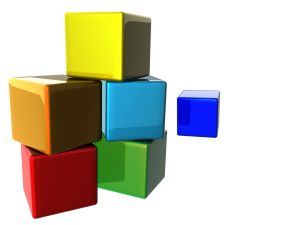 Fantasy is not an excuse word that means you don’t have to do your homework or keep track of things.  Good fantasy is internally consistent.  We do wish to write a good fantasy.

And we do want good writing. When I was talking with Melissa Scott at ConFusion and her friends some years ago (2003) I mentioned running a D&D game for 27 years (at the time). Her eyes got as big as saucers and she said “That is writing too!”

So you have it from a pro, and a well-educated one.  Your RPG writing is writing. Treat your game with respect, take writing it seriously, and it will furnish you and your friends decades of enjoyment.

2:  Write to Your Audience

Know your players. Ask what they like and what they want to see in the game. Vital: ASK. Don’t assume. Poll the players, inquire and check things out. Their role in the game is as important as yours.

On that note, seek adventures of mutual enjoyment.  If you are a sea adventure bunny (like me) and your players are not (like mine), then don’t write sea adventures.  Write something you both like.  You are part of your own audience.  If you don’t like what you are doing it will show and enjoyment will be lessened.

Explore the limits, but be careful. Pushing the limits can be a good thing if you do not push them too far.  Push people’s limits too far and they get uncomfortable. Uncomfortable people are not having fun.  People that are not having fun stop coming. Don’t even go there if you do not know your players well.  It’s a game, not a psychological test.

Don’t script. Players will do the unpredictable. And that is that. You want north they go south. You have the old gypsy with the legend, and they visit everyone but.  When that happens, punt.

If an encounter is important, it can be fit in elsewhere. Only you know how the scenario is assembled. No one will smite you if you shuffle the parts. If the Vicar has the legend and not the Gypsy you don’t lose GMing points.

Most Important, have fun. The game is played for fun. If everyone is having fun, you are a successful GM.