Create a Communications Service for Your City - Roleplaying Tips
4

Create a Communications Service for Your City 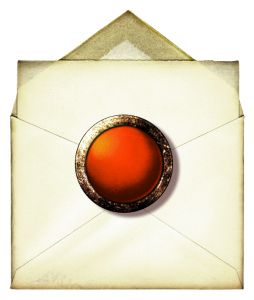 Create a messenger service to improve your campaign

Soon after my Riddleport campaign started it became apparent we needed an in-game device to make communication fast and simple.

With allies, contacts and leads to follow-up on, the PCs had lots to communicate. However, the city was too dangerous to allow casual movement. With NPCs averaging 8th level, the 1st level PCs did not stand a chance unless they traveled in a group.

Group travel meant slow communication. The group can only be in one place at a time. Add in some street encounters, and game sessions were bogging down.

Enter the Red Caps. I scooped this idea from Ars Magica (I have Ars Magica 3rd edition and am not sure if Red Caps exist in other editions). Red Caps are couriers who take messages anywhere you like in Riddleport for a fee. It is one falcon (silver piece) for standard delivery and one guilder (gold piece) for secure delivery. Secure delivery means no one will read the message before it is delivered. 😉

This service has worked remarkably well. It lets the plot go faster, gives the characters more freedom and choices, and give players new tactical options plus the ability to get informed.

For example, I believe it was Devious Dave who instantly thought about using the service to deliver Explosive Runes. Thus, the new Red Caps policy of permanently blacklisting customers who abuse their service.

Colin figured out they could be used as scouts, like canaries in mines. Thus, the new Red Caps policy of permanently blacklisting customers who abuse their service plus the promise to hire an assassin to whack any customer who deliberately harms a Red Cap.

I asked my players, for this article, what they thought of the Red Caps as a service:

“Red Caps provide a great service. Somehow they are able to get around this forsaken *belch* place without getting assaulted *spit*. Wish we could use them to send ourselves around *snort*.” – Fane

“Red Caps? Good guys. Reliable, and just like cockroaches they manage to get wherever they need to go, and nobody can kill them.” – Vigor

“Red Caps?!  Yeah.  Love ’em. You eat 4 and then just wait for the walls to melt.  I have been using them to fix scars that riddle my body. What?! The Red Cap messengers, not the mushrooms?  Oh.  Very useful.  I assume they are not very tasty.  Something that is never attacked or eaten usually has something repulsive to deter would-be attackers.  No, I would definitely not eat a Red Cap messenger.” – Xan

“Red Caps?  Those little bastards are tremendous: they can go anywhere, and no one really sees them.  Now, I’m not saying I’d know firsthand, but that sounds like a pretty useful disguise to me….” – Greg

“Never before in my travels have I met with such a reliable service as the Red Caps.  In my previous business as a potion distiller extraordinaire, I never once found fault with their delivery practices or rates.  My hat’s off to you, Red Caps!” – Thorn

“Red Caps? Both enviable and dangerous. They’re the perfect cover if you need to impersonate someone and get through a hostile district. But they’re probably spying on us. Scramble your messages, send a false trail, and don’t trust them. Who do they really serve? How long will it be until someone gets a death spell in the mail? Don’t let that be you.” – Velare

The group has used this campaign device well to speed gameplay up and keep the action rolling. I recommend every GM running an urban campaign think about adding a similar service.