Growing Up & Gettin’ Old: When Young and Old Collide 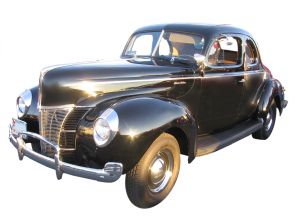 It happened again the other night. New group. New expectations. D&D 3.5.  And the would-be GM asked me what my experience was when it came to gaming before a mutual friend of ours could stop him. D&D all editions. Battletech, d20 Modern, Star Wars d20 and BESM d20. A funky Blood Dawn / Battle Lords of the 24th Century hybrid. The old Middle Earth game done by I.C.E. So there was the GM, deer-in-the-headlight look on his face. I could have put a severed head in his lap and he wouldn’t have been more surprised.

I, on the other hand, have gotten used to it. At the ripe age of 27, I have officially become the old man of the last few groups I’ve been in. So how do you get around such a massive experience gap in between party members?

1. You’re the NCO, not the officer

Yes, you’ve saved the princess. You’ve blown up the dragon (twice, no less). You fought off the Clans at Tukayyid. You even told off a Ram Python without getting killed. You’ve earned your cred the hard way. But the newer kids haven’t. Don’t presume to boss them around because you know more than they do. Rather, let them play things out their own way for a while. Offer advice if needed, and in rare instances lay down the law if things get truly out of hand. Beyond that, let everyone else have a chance to make their mistakes and learn like you did. This is important if you aren’t the one running the game, especially so if the person who is running the game is doing it for the first time.

2. You’re godlike to them, but don’t act like a god

Your experience and familiarity with the books allows you to do things the others do not think about or even know is possible. You might be tempted to railroad the campaign, play the munchkin or break the game system for your own personal pleasure. Don’t. It’s one thing to put something over on the players if they legitimately deserve it, especially if it’s teaching them a new facet of the game. This can make for interesting roleplaying and might even make things fun if used sparingly. It’s another thing to go off on a power trip every five minutes. This makes you seem like a bully and can turn people off the game. I recall hearing of a situation in which a Battletech player put together a pick-up match that was supposed to be about training new players. In reality, it was a way for the guy to beat up on newbies owing to how one-sided he set up the scenario to be (two other veteran players intervened and turned the tables on him in short order).

3. You’re a player, not a storyteller

It might be tempting to dominate the entire game session by regaling the others with tales of glory. Not a good idea. It’s fine to tell a story or two to break the ice or if there’s some unexpected down time. You might even use a story or two in order to clue the other party members in to how they can overcome such-and-such difficulty. But part of the purpose in doing campaigns is so that the other players can have their own stories to tell. You’re part of a team, not the team itself.

If an older gamer is taking part in your campaign, especially as a player rather than a GM, it’s not because “the deity has decided to become incarnate.” Instead, they just want to kill a few hours like the rest of you. As we get older, it sometimes becomes harder to get a group together. Old gaming partners lose interest, drop out of sight or even pass away. Younger gamers sometimes don’t want to be with the old fogey. However, we’re kinda like the middle-aged dudes at the drive-in with the convertible who are still trying to lay rubber against the teens and their tuners: we do it because we like it, and know darn well how silly we can look at times.

2. If it’s story time, it might behoove you to sit and listen

Experience means “been there; done that.” If the old guy at the table feels compelled to tell a story or two, and it doesn’t interrupt the flow of the game, let him. Not only is it his way of breaking the ice (“swapping stories” is a pastime for older gamers), it might contain some information you’d want to know about. Alternatively, it could well be his way of keeping the memories of bygone ages alive. In my case, after a member of the group (a friend of mine from high school and mutual friend of several other members) was murdered a few years ago, stories became a way of reliving the time we had together and getting over what happened. Feel free to tell a few stories of your own. That help the vet get to know you, and help him gauge what experiences you have had so he can know how to better assist you down the road should you happen to need it.

3. Give us a few minutes to get ourselves together

Ever have an older-model car that sometimes needed an extra cranking to get started in the morning? One of the downsides to having played so many different games and game systems over the years is that it can take us a few moments to get used to the rules of the specific game system we’re doing at any given time. For example, after about a year of almost nothing but Battletech, I had to stop and look at the books for a few minutes to remind myself how D&D 3.5 was different from D&D 3.0 (We can’t buy boat oars anymore? Bummer).

For both sides of the issue, the main thing is respect. Give each other some room to get into the swing of things, and all should be well.