How to Add Conspiracy Theories to Your Game - Roleplaying Tips
0

How to Add Conspiracy Theories to Your Game 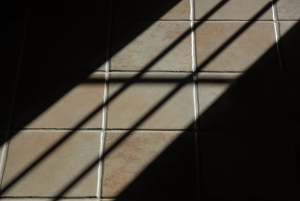 The most interesting thing about conspiracy theories is they could be true. Supporters will find evidence to support them, while the government will disprove them. The rest of the world doesn’t know or doesn’t care. That’s why many theorists keep ideas within sympathetic groups and only go public when they have enough proof.

If your game includes conspiracy theories, then it’s a good idea to have a plan beforehand:

Now you have a draft conspiracy theory.

A lot of power is usually needed to manipulate events. It requires money, leverage, and at some points, access to the criminal underworld. Thus, conspirators should be powerful, puppeteers, rich, or all three. For example, presidents, CEOs, warlords, mob bosses.

In addition to the conspirators, there are also those who know what has occurred but refuse to acknowledge whatever happened for reasons that might include bribery, blackmail or threats.

What do other people or organizations know about the conspiracy theory? When players start searching for the truth, these groups can provide clues and information. They might even try to stop the PCs.

Despite those sworn to secrecy, there are always others who try to reveal the truth. It is in these groups that players will gather clues and evidence to uncover a conspiracy theory. Such groups are often minorities who are treated as illogical, irrational, paranoid and plain crazy.

Often, the evidence they show will be fake or a case of “you see something you want to see.” This poses a real challenge to players trying to uncover a conspiracy as they have to figure out evidence’s validity.

In the paranoia that surrounds conspiracy theory, players should feel distrustful of everyone and everything. Some groups they trust should betray the PCs, and evidence considered solid should sometimes be fake or invalid.

This happens with conspiracies often, and is one of the main themes you should introduce into your game. Players should have a feeling of uncertainty about who is manipulating their characters and who is actually being sincere.

Characters should also never feel their evidence is 100% solid and that they have to be fearful of risks. Agents, governments, secret groups and all the generic conspirators should always be ahead of them or hot on their trail, creating paranoia.

If you create distrust in the players, with them feeling someone might betray them for profit, then you have done a good job. Just remember that you need to retain a sense of unity against the conspirators.

Bring the PCs In

Hinting conspiracy theories is the best way to get characters into the storyline. Have conspirators slip up by leaving clues. For example, the men in black drop one of their sample dishes taken from an extraterrestrial being, or an assassin fails to kill a neighbor and leaves evidence.

In addition, the characters could stumble onto a conspiracy theory. For example, they search a briefcase stolen from a man in a suit, dig up books or information thought destroyed, or hack a website.

Conspiracy theories are difficult to pull off with the proper air of mystery and paranoia. A bit of practice will allow you to open your regular group to a different game, though.

Keep in mind you will require some planning. Research might also be needed if your conspiracy theories are based on actual events. Keep it simple with the possibility of being complex as the characters delve in.

For more role-playing tips on how to create atmospheres, campaigns, visit http://www.petesrpgtips.com