How to Create a Bureaucracy - Roleplaying Tips
8

How to Create a Bureaucracy 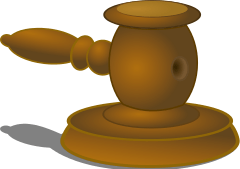 Technically, a bureaucracy is designed to help a government or large group deliver services in a timely, efficient and effective manner. Traditionally however, they are viewed as mockeries that frustrate, delay and ultimately fail to produce results. The first step in creating a bureaucratic system for your gaming world is what I term the “Aaargh!” factor…if you’ve ever stood in line at lunchtime in a government office, you’ll know what I mean. In game terms, how well do you want the system to actually do what it is “designed” to do?

In a roleplaying game, especially futuristic ones, it is possible to create a system with little or no Aaargh. Instantaneous communication, automated systems and well trained, well placed and friendly staff or efficient AIs could mean that your waiting time is negligible. This doesn’t lead to very much opportunity unless it goes wrong, in which case it can rocket up the Aaargh scale and lead to all sorts of fun.

Moderate Aaargh is probably what people encounter in their daily lives in developed nations. Not every person is appropriate for their job, not all the rules make sense to the people enforcing them, there is either too much or too little redundancy in the system, blurry lines of responsibility, low accountability for individuals, and a less than adequate consumer focus. Somehow, things still get done, they may not be perfect, but it’s still a step forward.

High Aaargh can be bewildering, complex and downright infuriating. Perhaps you have to bribe your way through each level of authority to get things done…the concept of “baksheesh” (or socially accepted palm-greasing) is still in force in Turkey today. People who work in the system might look out for themselves, do the least work possible, and not care about results. The legislation they work with could be highly misinterpret able, contradictory or out-of-date (such as inIndia, which had the most complex and bewildering legal system ever known). Things can happen without people knowing why; blunders can change or even end lives and none of makes any sense to anyone…

This can be a lot of fun to role-play through; if your PCs are prepared for a lot of frustration…they didn’t have a Dragon Slaying License? “Section 354 (f) of the Greater Reptile, Snake and Associated Large Scale Cold-Blooded Organisms Act of 1376 clearly states…”

This way of looking at an organizational structure can give you lots of ideas for campaign background and story hooks.

The Headless bureaucracy goes nicely with high Aaargh…no-one knows who is ultimately in charge because the lines of communication are so tangled. Orders come in and are followed just because that’s what happens, and the results are no-ones fault because there is nowhere to point the finger. A version of this is the Decapitated bureaucracy…a formerly ordered system which has failed for some reason, and now procedures are followed out of habit.

The Hydraic bureaucracy is what most of us are familiar with…there are a lot of heads waving around, responsible for different things. They can get tangled, but there are several defined points of authority that are ultimately responsible. They can do a lot of different things at once, and if they all pull together they are a force to be reckoned with…more often they’ll be pulling in opposite directions, which creates the tension you can use in games.

Perhaps one group of the system is doing something that overlaps/impinges on/contradicts another’s area of responsibility and the PCs are sent in to find out what is going on…be prepared for a lot of hard-talking! Typical example is in the jurisdictional disputes we see in law enforcement. To use the American example, having “The Feds” called in to take over an investigation can lead to a lot of story hooks.

The Cyclopic bureaucracy is one that has a single vision, a single purpose, and is going to get there, regardless… Dictatorships, or other bodies with a single individual or group at the helm can come under this category, if the whole bureaucracy is geared toward a specific outcome…i.e. placing an economy on a war footing changes every level of governance relating to the economy.

In a highly religious system, the whole flavor of it, and all the laws, guidelines and codes can be oriented toward furthering or promoting the religion. For a good modern example, just read a bit about the Taliban inAfghanistan.

Bureaucracies can also be Chameleons…they may look Headless, Hydraic or Cyclopic, but are they really? Only those behind the scenes can tell you.

“How can I help you?” or “How do the PCs interact with the bureaucracy?

The most important aspect to consider is the interaction with the game. You don’t need to detail all the areas of a monolithic bureaucracy if the party will rarely encounter it. Are there offices in every major population centre for people to make inquiries, get relevant documents and complain? Are their traveling “auditors”, inspectors or enforcers of the rules of the bureaucracy? Is the blacksmiths shop your PC just opened going to get a visit from the local Smithing Guild inspectors, or do they just apply for a permit? What standards are expected when dealing with the bureaucracy and what would they ignore? How far can you step over the line before you are warned, closed down or charged?

When a PC needs something official attended to, how long will it take? How many hands does it pass through to get where it needs to, and how many of those people actually know what they’re doing? Do the PCs just walk into an office and speak to an attendant at a counter, or do they need to petition to see a hard-to-reach official?

Rather than the old bar brawl, maybe the group meets in a stifling waiting room at the local government offices, or a long line of weary applicants for a certain permit.

Also remember that PC’s may not be able to circumvent certain levels of bureaucracy…how difficult would it be for you or me to get to see the President of theUSA, the Queen of England or the Pope? Besides, the real power may not rest with the obvious head anyway.

All of these issues, of course, require people to interact with. A single chain of command in an organization can provide a huge variety of NPC’s for the group to deal with, and they don’t have to be cardboard clones. If you work in an office, you have a whole range of personalities that you already know well just waiting to be used!

Why not present the PCs with a form or three to be filled out…applications for gun licenses, hunting licenses, border passes and passports, car registration, certification as a professional in their field, birth, marriage and death certificates, and so on…if you have the right form you can make the most mundane thing an exploration of bureaucracy…and if your PCs haven’t filled in the right forms, then they could be in a lot of trouble…see what happens when you are caught with an unregistered semi-automatic in Australia.

Then there are the positives; letters of Marque, Citations, Awards of Achievement and the range of other accolades officials can shower on you. Have the PCs done some civic-minded things? Have the Mayor hold a celebration in their honor. Bureaucrats and politicians are notorious for their interest in public ceremony. And what can you do with the keys to the city?

In essence, if it needs a signature, stamp or seal, it can be a plot hook. What happens when the local Merchant Guild master has his official seal stolen?? How grateful would he be to get it back? And what kind of mess can that seal cause in the wrong hands?

Making the World Go Round

Ultimately, your bureaucracy will at least be paying lip service to achieving something. The more people are involved in creating a bureaucracy, the more you have the opportunity for plot ideas as the system tries or fail to deliver. Anything from an overworked, overstressed official hiring the group to ensure his confidential documents reach the head office, to carrying out some bizarre and cryptic order handed down from on high, to traveling around troubleshooting various problems within the organization, to hostage negotiation when a maddened worker goes “postal”. From the outside, a bureaucracy can make your PCs lives hell, or grease their way to easy street, if they learn how to deal with it.

We all interact with bureaucracy at some point in our lives…look around you, make a few adjustments, and you have the basis for a fun, challenging and different game.