How to Determine Campaign Length 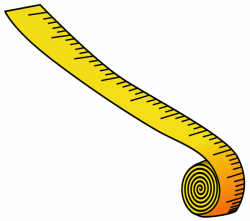 I was inspired to write this article by a problem my wife had when she first started trying her hand at GMing. She didn’t feel she had a good enough story. She wanted to run a long, intricate, and interesting campaign.

Many novice GMs, especially ones who have played in experienced groups, feel they should create an epic story that will wow their friends. Add this need to create a superstory to the difficulty of trying to remember the mechanical issues, and it’s enough to make anyone pull their hair out.

This puts a lot of strain on a new GM and some people quit because “they can’t tell a good story” or “can’t run a long story arc.”
Other than novice GMs, there are a few broad groups of GMs in the world: those who prepare endlessly and extensively, those who wing it, and those who use pre-generated adventures. I fall into the first category primarily. While I can wing game sessions, it is not my preferred method.

Therefore, many of the following points work from a preparation-heavy, story-driven GM style. However, they can also be used to improve the games of others.

First examine the pros and cons of running long versus short campaigns.
Pros for the long campaign:

However, as with all things, there are the downsides:

Shorter campaigns have their own benefits:

The benefits come with corresponding issues:

What Determines If I Want a Short or Long Campaign?

These concerns are not neatly separated, and in some groups, one point or series of points will trump other concerns.

Decide on a final power level for your villains and extrapolate the necessary level your players must reach.

This gives a rough estimate of how many adventures are necessary to reach the final showdown.

To do this, you should know at what speed your players generally level. In D&D 3.5, the DMG recommended a mix of encounters that would bring players to their next level in roughly 8-16 encounters. Some groups, like mine, like levelling much faster. Others like slower.

Figure out your levelling rate to aid in this step.
Determine the level of background players must know before the final showdown.

If players must research and gather information in multiple locations and obtain a certain item to defeat the bad guy, this gives you rough power levels (the level of success needed for the checks) and a number of places. Knowing this ahead of time helps you figure out some of the questions above.

Do you and your players have the focus for a long campaign?
Family, jobs, other hobbies (yes, some of us have other hobbies) and other concerns take time away from the game.

If you can only play once a month, it’s perhaps better to run a short game. With so much space between sessions, it’s hard enough remembering what your own character did, let alone what Ardylon the Aged Sage said about Black Setheless. Notes help, but they only go so far.

Are players really excited about the campaign concept?
If they are, that might be a good idea for a long campaign. If only one or two players are excited, a short campaign might be in order. Remember, the GM serves everyone at the table including himself.

Do your players suffer campaign fatigue?
Campaign fatigue is that point, usually in the middle of a campaign arc, where players don’t remember enough of the story or can’t get back into it and they just forge ahead until they’re finally back to something they like or are more familiar with.

If this happens several campaigns running, consider running shorter campaigns or breaking up long campaigns into shorter episodes.
What are the expectations of the group?

A group that plays well together and has a good GM will be willing to invest more time and trust into a long storyline. However, conversely, they’re more willing to experiment with a short campaign. For uncertain or novice GMs, trust your players. They know you’re not the next Gary Gygax—yet.
How much material can you steal?

If you have a number of pre-generated adventures that fit into a campaign arc, then part of your work is done.

If you have ideas, items, spells, monsters, and other material scooped from other products, part of your work is done.

If you have a lot of pre-generated material, long campaigns become more feasible. However, beware of lengthening a campaign to work in one more cool adventure. Pre-generated elements, like any others, should fit with and advance the campaign goals.

These tips boil down to one major tip that is of use in many different situations: know yourself and your gaming group.

The best groups learn to trust each other and communicate honestly. If your players like short dungeon crawls followed by looting and pillaging, then all the will in the world will not make a long and drawn out mystery of interest to them.

However, if they trust you to work in short dungeon crawls into that long and drawn out mystery, they will often be willing to attempt it and will sometimes change their style of game.

By the same token, listen to your players and try to throw them a bone as well. If your last three campaigns have made mages the focus of the action, then make a short campaign where the fighter types shine most.

The main thing, whether you run a short or a long campaign, is to realize that the length is mostly determined by your group’s preferences and the demands of the story.