How to Make Your Games More Cinematic 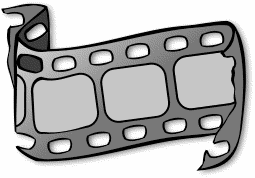 Many role-players enjoy evenings with their friends, sitting around the table or living room, eating pizza and drinking soda. For most, this is enough. For others, however, a traditional evening about the table isn’t. They want MORE. For those people, this article is the answer you have been looking for.

How many times have you thought of your game as a movie? A television series? How many times has it occurred to you and your players that what you are playing would be just as entertaining as the shows you see on the TV, were it to be made into a series? Is it funny? Does it have it’s own style and continuity? Do your characters have lives that others might find fun to watch and follow?

If so, then why not approach your game as the writers for a television series?

The group I play with has turned our 7th Sea swashbuckling game based in Castille (the game’s version of Spain) into a television soap opera called “La Rosa.” How have we done that? Glad you asked.

With these steps and the proper amount of humility and willingness to poke fun at your game and the television industry at the same time, you will find yourselves enjoying yourselves that much more than you normally would. After all, the people who write television series do the same thing we as gamers do, only they get paid for it and get fired if their shows don’t fly!