D&D GMs: How to Solve Problem Players Once And For All – Without Messy Confrontations - Roleplaying Tips
1

D&D GMs: How to Solve Problem Players Once And For All – Without Messy Confrontations 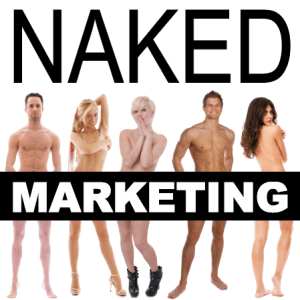 One of the most frequent help requests I get is from GMs frustrated with problem players. If there is conflict in your group, your games will suck. And that’s a shame because role-playing games can be so rich and enjoyable when everyone is working together, on the same wavelength, creating amazing moments.

Danny Iny of Firepole Marketing sent me an advanced copy of his new manifesto, Naked Marketing, which is a smart take on getting new customers. A major premise of his naked marketing model is your business must attract like-minded customers.

Make a perfect match between you and your ideal customers so your business relationships are healthy, fulfilling and profitable.

So too it is with game mastering and forming a group. Roleplaying games at their core are social activities. And they are prone to the same relationship problems that businesses face when working with the wrong types of customers.

For example, if the game master is at odds with a player, that conflict will come out during gameplay. And everyone’s game experience will suffer for it. Likewise, conflict between two players will ruin everyone’s fun from all the negative emotions of the table.

The secret is to attract people who believe what you believe makes for great gaming.

I once had a GM who was very controlling and who made his homebrew game world the star of the show. He would manipulate gameplay to protect his game world and ideas from us meddling players.

At first I thought this was just a temporary phase while everyone in the new group got to know each other.

However, third game in and it was getting even worse. And regrettably, my behavior worsened, which everyone picked up on. At the halfway point of the third session I realized I could not continue on like this. I was being disrespectful to the game master, my fellow players and myself.

After the game, I mentioned to the game master that could not continue to play due to a difference in styles. We had a bit of a conversation but there was animosity. I always remember how uncomfortable I felt during these games. And I’m not proud at how things ended, with me reaching a frustration point so high I had to quit.

Danny’s advice in Naked Marketing last week created an Aha! moment for me.

You need to gather like-minded gamers around your table for the best gaming.

How do you do this? Danny has the solution. Read on.

Who Would You Game Naked With?

In Naked Marketing, Danny asks “Who do you want to see naked?” The clever metaphor makes sense when you think about it. Who wants ugly customers, where ‘ugly’ means the wrong type or people who do not want what you’re offering?

“Everyone has a ‘type’ they find attractive – a combination of hundreds of different traits and features,” Danny says. “Just as we each have our unique personal tastes in romantic partners, we also each have a specific type of customer that is an especially good fit for our business.”

I believe we also have personal tastes in the kind of people we enjoy gaming most with. When everybody is having fun because they are kindred gaming spirits, conflict and “problem player” issues fly 300 feet per round out the window.

The solution for all GMs who have trouble with their gaming groups:

Become an attraction magnet for your perfect player.

Think about it for a moment. If you are doing things to attract the wrong kind of player to your group, then you are sabotaging your efforts before you even get a chance to GM!

Likewise, if you just settle for the first d6 players who show up to game, you are taking a big chance there will be no clash in gaming preferences, which is not likely.

Instead, if you take care to present yourself and your gaming tastes honestly and openly, then you’re going to increase your chances of attracting the type of player who will become best friends and best gaming buddies.

This goes beyond game system and genre preference. Conflict bubbles up from issues deeper than that, such as why you game.

For example, if you GM to showcase your cool homebrew game world, I guarantee there are people out there who have love to explore and roleplay and interact with such creations. They love the mystery of the unknown and the thrill of discovery. They love to be surprised and entertained by filling in the next hex on the map. Imagine if these people got together to game. Oh the great games that would emerge!

In Naked Marketing, Danny advises you first get to know yourself. By knowing who you are and what you want, you have a better chance of figuring out who your ideal customer is.

As the game master, you need to do this for yourself. You need to figure out what your GMing strengths are, what your weaknesses are. You need to understand in full your GM traits, tastes and style.

And it’s the first step in the recipe to awesome gaming.

Once you are clear and comfortable about who you are as a game master – naked to yourself with no secrets — you can use this information to figure out what your best player type this.

The key here is authenticity. If you represent your true GMing self to others, then you will attract like-minded individuals for great gaming. It’s that simple.

If you put out false signals, then you will attract the wrong type of people.

For example, you have a player vacancy and let’s say you are the type who likes to be in control.

Coincidentally, this is who I am. I love to design and to construct fun situations on-the-fly based on character actions. Though contradictory, I make these two styles work together well most game nights. But it means I like to have control of various things to blender stuff together successfully according to my design visions.

Back to our example. You like control, so you want to attract the kind of players who are okay with an authoritative GM. But if you tell others you are a relaxed and laid-back sandbox game master who gives control to his players, do you see how that will attract a certain type of player who will ultimately conflict with your needs?

And if a player who learns his potential GM likes to be more of a Hollywood director, whereas his gaming ideals are freedom, randomness and choice…well, you can see where this is headed, right?

You need to be clear on who you are so you can broadcast that and attract players who thrive under your GMing style.

Get naked. Get out your Gem of Seeing. Look at your GMing self.

Finding your perfect match does not mean all your players must have the same personality type or playing style. The cliché that opposites attract really is true in gaming, and any GM can work with players who present a variety of playing styles and personal traits.

So please do not mistake this as a recipe for tracking down just a limited range of players who have exact specifications.

For example, on the surface you might think you never want a rules lawyer in your group. You worry about rules conflicts, being contradicted in your rulings, and perhaps a bit of munchkin gameplay where they over-optimize their characters.

However, a rules lawyer is a valuable addition to your group. Their expertise makes play so much smoother because you can reach out to them and ask for fast help with rules adjudication.

Forget the term rules lawyer for a second. How do you prefer to play with players who have excellent knowledge of the game rules?

You would likely want to tap into that knowledge. And you have preferences for how that would be done during play. (My preference is to be interrupted and corrected on the spot to help me learn the rules better. Your preference might be for the player to take notes and brief you after each session.)

In this example, what you’re really after is a rules expert who’s willing to work with you and your preferences for handling rules during games. How great would that be? They can rules lawyer their faces off for all you care as long as they stick to the agreement you have about how this happens during games.

Get clear on who you are as a game master and be transparent about that in your quest for new players. This helps others self select as potential candidates for your group. This not only increases your chances of attracting the perfect type of player for you, but it can save a whole lot of uncomfortable gaming before the typical problem player situation arises.

For example, if I put a classified ad in one of the many player finder sites out there, I want to be clear and honest on the kind of games I run so that players can decide if they’re the right GM for them.

I might say I prefer linear style adventures because it makes preparation and planning faster for me so I can put more time into fleshing out cool game elements because of the certainty this type of GMing provides.

This declaration will weed out players who prefer sandbox type of campaigns, where characters can do anything in the game world you present and which often results in PCs doing the exact opposite of what you have planned for.

Again, this does not mean you only have a narrow range of player types you can work with. It just means you attract players who align with the spirit of the type of games you prefer to run.

So when you talk about your game, you would not say, “Rules lawyers need not apply.” That’s not the case at all.

You might say something like, “I work well with players who have mastered the game rules and who would enjoy helping me run a smooth game session.” Such a player and I would work out how to handle rulings before the campaign so we could team up to make sure our game is a well oiled machine.

In this way, your naked marketing of yourself and your player opportunity will be sabotaged. And then you repeat the cycle of attracting a player who conflicts with you and your group. And before long, you are looking for to fill an empty chair again.

Be honest about your game mastering and put that out there. It will save you a lot of work and bad gaming.

Just be yourself (and be honest with yourself) when questing for new players or groups to join. This will help you attract – and be attracted to – gamers with similar styles and preferences. This will save you from many false starts and problem player experiences.

I wish you great gaming, my friend. It’s such a wonderful hobby rich with great people, imagination and fun times.