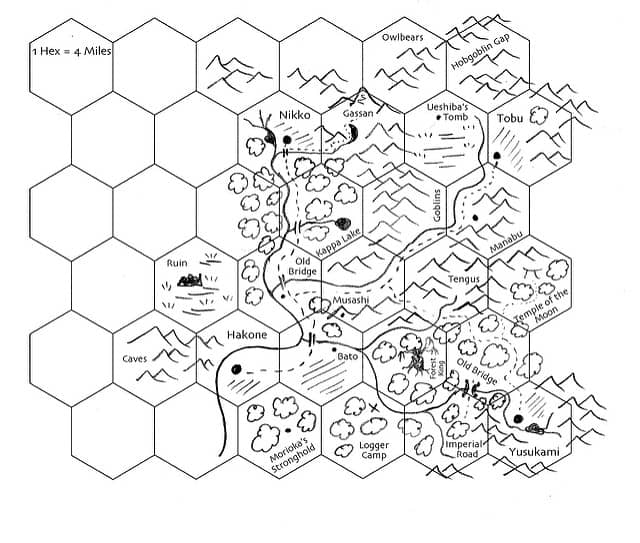 “Game prep, or ‘designing’ as my DM Partner and I call it, is my biggest challenge currently. It’s tough to find the motivation to get started.”

I asked for a bit more info, and while I wait for his response I’d like to share with you a quick tip on killing procrastination.

Not getting session planning done is one of the big reasons I created Campaign Logger. Just open it up and start typing. Use the tagging system to summon campaign details instantly and start mashing things up for fun and mayhem.

But before I start that, I do what I call my First Move. Nail your first move, and prep instantly gets a lot easier.

One of the major reasons we procrastinate is fear. Fear of perfectionism. Fear of creating something garbage. Fear of designing something our players will reject.

And nobody likes rejection. Thus we recoil.

However, realise this is all in your head. The fear is not based on anything real! How can it be, you haven’t created the thing to be judged yet! Talk about a vicious cycle.

We don’t always procrastinate out of fear. But I bet 80% of the time you do. Because I do.

To see some great stuff on this, check out The War of Art: Break Through the Blocks and Win Your Inner Creative Battles by Stephen Pressfield (aff.). It’s the best book I’ve read on how creative people like us needlessly back ourselves into fear corners.

My First Move idea came from the Adventure Building Workshop. Ask yourself, what thing do you like creating for your campaign the most?

NPCs, magic items, world building, plotting, villains, monsters. What thing do you love designing or doing the most?

For me, it’s maps. Having an encounter map lets me imagine the space. It gives my chaotic mind something to fixate on, to study, to envision. It helps me frame encounters up, and then I have no problem selecting foes or dreaming up roleplaying scenarios.

It’s like a key unlocking my brain. Go do something I really like. Something fast and simple. Like googling for a cool encounter map. There’s no resistance. My brain does not fight me back. I can do this without procrastinating.

Then, magically, I start digging into more GM prep. Because I’ve already started with questing for a map. Then I get an idea. And another. I start writing in Campaign Logger. Soon I’ve got at least an encounter seed, if not an encounter design.

In the same fashion, you need to figure out what your First Move is.

What’s something simple you love to do for your game?

Do that to start each prep session. It’ll break the low-energy, just-get-started barrier. Chances are, after your First Move, you’ll keep going.

Even if you crap out after your First Move, you’ve at least done something. Your campaign benefits a tiny amount. Build momentum on that.

So Leif, if you can’t muster the energy to work on your campaign after work, just do your First Move. Do it daily. It’ll be fun.