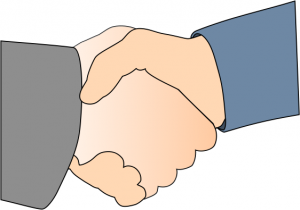 In the GM Mastery Yahoo! group, Randal recently asked, “How do you deal with player expectations? And more importantly, how do you prevent the game from failing as a result of not meeting those expectations?”

Some great discussion ensued that included numerous points of views and GMing styles. I thought you might find snippets of this conversation interesting, and help you reflect a bit on your own GMing ways.

To manage means to be in charge of, responsible for, to administer and regulate, maintain control or influence over. I do not manage player expectations. I collaborate with players to have fun so their expectations are met by our mutual efforts toward the goal of having a good time.

For an RPG to work, it has to be a collaborative effort with buy-in from all participants. Sometimes that means the players have to trust the GM and the direction where the GM is going with the game. Sometimes that means some or all parties are going to flub. You forgive each other, figure out the problem, and move on.

If I have agreed to meet a certain set of expectations, and I fail to meet those expectations, then that is my fault. There has to be trust and good communication. If players trust their GM to listen to their concerns and take action to address them, then these things can be fixed.

I can work toward improving my failures in future sessions, provided players are willing to communicate with me what those failures are and come back for the next session.

I make sure the content of my fix is agreeable to the players. They are able to make choices that give them agency for their characters, and we collaborate to make the fixes work.

If my players and I are able to do that, then most any issue can be resolved to everyone’s satisfaction.

Managing the players’ expectations merely means making sure the players are all on the same page. The GM should not tell the players what to do or expect, but he should manage the Bridgopoly-avoiding conversation that should be held at the start of each game, since he’s the one who’s going to be doing most of the world building.

Another way to put it would be to establish or set the proper expectations, but those also imply that the GM is in charge of the players’ expectations.

A good GM makes sure everyone finds enough common ground to game on.

I use the old teacher trick of having players explain things back to me in their own words. This highlights any problems fast.

A useful trick if you are trying to change the style of roleplaying is to change system. Or just add a new home rule or two for this campaign. This stops players doing the, “It’s a d20 game, I play it like all the other d20 games.” It forces them to say, “This is Campaign X, I play it like this….”

Talking to the players isn’t bad, but I just find it’s not effective or accurate. Watching your players in action gives you a much better picture of what they really enjoy.

I’ve found most people don’t know what they want, and thus can’t talk about it. One of my players was happy playing anything as long as he was the hero and the center of attention for some major part of the game. He would never be able to articulate that without a psychologist explaining it to him (and even then would not admit it).

I’ve had players start with one expectation and then find they were wrong.

But most of us know what we don’t like, so make your voice be heard.

I joined a D&D group, and from the get-go another player and I said, “We don’t like attacks of opportunity.” We made our case and the GM agreed to throw them out. It made for much more cinematic and quick combat, and no one seemed to be annoyed at the omission (well one guy did, but he was a power-gamer and was later kicked from the group).

I’ve had GMs that followed spell components to the letter. I refuse to play spell casters in those games. Having learned this, I expressed my distaste. The GM refused to budge so I refused to play a spell caster. It limited my choices, but I knew ahead of time that I would not like playing a mage in his game. Problem averted, expectations managed.

If a GM wants to run a dungeon crawl game and his players don’t, then that DM should get different players. If I want to play blues and you want to play heavy metal, then maybe we should be in different bands.

If the GM wants to play with a particular group of players then, yes, the DM should coordinate and collaborate with those players to run a game that everyone finds acceptable. If what a DM wants to do is tied closer to a type of game they want to run, then they should find players that want to play that game.

I have a successful game and I reserve the right to be absolutely inflexible about how I run it and what the content of the game will be.

I am clear about that up front before a player joins the group. The player can either play or not.

We have been running a campaign for over a year, and my players are willing to drive more than 20 miles up some steep hills, through snow and sleet out into the boonies, to play at my table. My lack of flexibility appears not to be a problem for my group of players. Others have come to the table and not liked my game and they left. This does not bother me, at all.

There is research that shows human beings are poor at affective forecasting. We are not good at forecasting how we will feel about something. Daniel Gilbert from Harvard has done research and written several papers and books about this.

We tend to focus on individual events and not on what goes on in the periphery.

So this is one reason why I collaborate and coordinate player expectations and do not manage them. Those expectations might change because the player didn’t forecast that the stuff he thought was going to be not fun was actually extremely fun or vice-versa.