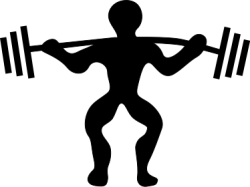 We’ve all met this gamer. He knows how many hit points a dragon has by its color, age, and size, and how many rounds he must survive to defeat a storm giant, but can’t remember his character’s name. Sometimes he’s a munchkin, in it to kill monsters and get treasure and wondering why they bother with the story in Final Fantasy. Sometimes he’s a wargamer, arranging his allies like chessmen as he imagines himself the next Napoleon. But remind him that the first two letters of “RPG” stand for Role Playing, and you get a blank stare or a snide reply. What can be done, short of tossing them out of the game, to bring these players around to the new character-driven story-based style of play?

Shift the Emphasis Toward Role Playing

There are things that a referee can do in a game which can shift the emphasis toward role playing, without driving off the players who live for the thrill of combat or the piles of treasure. But first, the referee should understand and even appreciate the perspective of the power gamer. After all, power gaming is a time-honored tradition. Role playing originally was something of a supplement to miniatures combat, and many older gamers made the transition from tactical games to role playing games as a way to enhance the combat experience. And although the majority of today’s gamers have never played such a game (and the vestiges of those roots have faded from modern rules systems), there is still something in role playing games which makes them strongly combat-oriented. The power gamer brings something valuable to the game that should not be denied or stIfled. It’s more than wanting him to stop playing combat situations intelligently or to stop trying to win. We want him to go beyond this. We want him to develop the personality of his character and to see the story as more than just the threads of dialogue and movement that lead to the next fight.

I hear hecklers in the gallery. Some of you good readers are saying, “This is just some old power gamer trying to justIfy his antiquated style of play in a modern age of gaming.” And at one level, I am guilty of that charge. I played Bookcase Games and other simulations in the seventies, before I knew about role playing. I cut my teeth in games and settings in which it was fight or die, and I learned to fight and to keep my companions alive. I analyzed game mechanics better to understand the use of weapons and tactics in play, and I play to win. To my mind, the death of my character is a defeat, and the failure of the mission a yet worse blow.

But I stand by my approval of this type of play not because it’s about winning and losing, but because it’s about being in character. Role playing has been a major part of role playing games since the beginning, not something new that young gamers have discovered. Yes, we fought monsters and gathered treasure, and we could create our own adventures in ways that Bookcase Games never allowed. But the interaction of the characters has been the most fascinating aspect of my games from the earliest days, and the development of story became the driving force to play, without which character actions became empty, devoid of meaning or value. One hundred thousand imaginary gold coins was nice to imagine, but the great part wasn’t that you could imagine having it, but that you could tell the tale of how you got it.

What is the logic of playing an intelligent, trained, fighter who doesn’t think about which weapons would be best against this opponent? And within the game world, statistics replace experience: the fighter would know from practice which weapons have what advantages, but the player must rely on the numbers. Who can imagine a commander in a battle saying, “Run over there and kill as many as you can before you die”? Battle plans, command hierarchies, formations, and strategies are ordinary parts of real combat, and a natural part of the imaginary variety. It is these things which the power gamer brings to the table which often his role-playing friends lack. As a referee, as a player, you don’t really want to remove these from the game. You want them to be an integral part, but not a dominating factor.

So rethink the matter. You aren’t really looking to break the power gamer of his intense approach to play; the others can learn much from him. What you want to do is encourage him to expand his gaming to appreciate the character and story aspects more. And there are ways that this can be done. There are many ways, but in general there are two major approaches, and a variety of techniques that can be used within each.

Make character identity integral to the plot. That is, the characters are on this mission because of who they are, and not because of some pot of gold at the End of the rainbow. One way to do this is by utilizing something E. R. Jones named Mystery Options. A mystery option is something the character does not know about himself (and thus the player doesn’t know either). It could be related to his ancestry, that he is not the child of those who raised him, or that his family is unknowingly descended from someone important to the story. It could be related to a piece of equipment, whether handed down as a family heirloom or acquired incidentally along the way. There are many possibilities for ideas in this area. The referee can create such bits of information about all of the characters. Some bits might be small, but useful (character forgot that he learned mountain climbing as a child, but now remembers doing it), others could be devastating (character is the lost prince of the realm, hidden as an infant with the peasant family he calls his parents). The referee gives the players something to discover about themselves, such that exploring the identities of their characters becomes part of the adventure.

To move the discovery along, the referee could introduce another element, such as a prophet–an old crone, a blind seer, a gypsy fortuneteller. They announce to the entire party that they can succeed in their mission because one among them is this, or has that, or knows the other thing, provided they understand things when the time comes. It now becomes essential to the mission that the players dig through their forgotten pasts to search for the answers to determine which of them holds the key (or is the key) to success: “Well, you remember your mother singing a strange lullaby when you were young.” “That tattoo on your left forearm has always been a mystery, but you never found anyone who could read the letters on it.” “You know, you forgot all about that ring you threw in the bottom of your pack before you left home.”

There are certainly other ways you can encourage players to explore the identities of their characters. You can create in-game rewards appropriate to the game system. In one game I played a skilled martial artist. In expanding his background, I suggested that as a youth he had participated in competitive acrobatics, and these skills had enabled him to win acceptance by his teacher although he was not Asian. The referee accepted this suggestion, and included bonuses on a variety of abilities that I could reasonably have practiced during that time. You could give experience points, if appropriate to the game system, for “in character” actions and comments. You could offer a one-time bonus (experience or other appropriate measure) to any character whose player presents a written biographical sketch, explaining who he was and why he followed the profession that led to these adventures. There is much that a referee can do to encourage the players to focus on who their characters are, how they think, and where they originated.

And that’s the other major approach: in addition to making the character’s identity matter, force the player to think like the character. The best way to do this is to encourage the player to record character adventures from a character perspective. I always keep some kind of history–character diary or journal, reports, biographical or historical records. Invite your players to write their characters’ views on their adventures, and take the time to read these. The referee will benefit greatly from this, because the players will record the things they found most interesting, and often include ideas and expectations they have for what is coming. But the players will also benefit, because in writing what their characters think, they will have to think like their characters at least briefly between games. But it is important to reinforce that behavior, again providing tangible in-game rewards for characters whose journals express the feel of the adventure.

But probably your power gamer isn’t going to volunteer to write a character journal unless the rewards are well out of proportion with the task (and obviously so). Still, the player can be roped in to writing his character’s views. Require, as a part of the game, that the character file a regular report to someone. Many of the most powerful characters in many games have superiors–a liege, daimyo, a clan leader, a commander. Even villains are frequently caught up in “organized” crime, such as the Mafia, tongs, or various guilds. Those non-player character superiors are quite within their rights to request a regular report on the activities in which their underlings are involved, and you, as referee, have every right to request that the player produce such a paper for your perusal. Even if the character has no such master, most parties are employed for at least some of their adventures. It is not unreasonable for the employer to request written reports (and he can provide a means of delivery, whether by carrier pigeon or electronic mail) on a regular basis. It is also perfectly understandable for him to want those reports from the intelligent tactician whom he perceives as the true leader of the party in a combat situation: the power gamer. The reports are part of the bargain, and should the player not deliver these, the promised payment for services will certainly be reduced, and the employer might very well send another group to do that which he cannot be certain is being done.

All Styles Of Play Enhance The Role Playing Experience

All styles of play enhance the role playing experience, and we can learn from each other. The power gamer is welcome at my table, and I encourage others to listen to him for combat strategy and tactics. I also encourage the power gamer to explore the character aspects of the game, to grasp who his character is and who he is becoming. By blending all approaches to the game together, we enrich the role playing experience for everyone. By observing the weaknesses of each of his players and playing to them, the referee can help each learn and grow as players and characters through the experience.