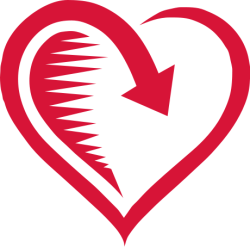 In light of Valentines day here’s a romance themed article to add a touch of passion to your next session.

As a brief disclaimer before we begin, this article is centered on the roleplaying of romance as an intellectual dance. I am of the opinion that roleplaying any sexual relations that may result from this is not necessary, and deserving of at most a very brief mention as far as what a PC is doing during a certain time period. It need never be gone into; I’m not suggesting you roleplay your fantasies as part of a game of AD&D or Shadowrun.

One of the things I continually see interest in is the subject of romance in roleplaying games, particularly pencil and paper games. Despite this interest, there is very little written on its proper execution. This article will deal primarily with PC to NPC romance; PC to PC will be mentioned, but only briefly. Some of the topics covered: Should I include it at all? Will my players even notice? How to GM it? What about when my players flirt with random NPCs, not the ones I have planned?

A common occurrence with regard to romance in RPGs is that, in most cases people are at best mildly embarrassed by roleplaying such scenarios. This isn’t particularly surprising, as it is likely the GM is someone they are, in reality, not at all romantically interested in. Further, such scenarios, even in cases of people who have gone through it in reality, tend always to develop a contrived, cliché , and uncomfortable feeling to them, which leads to the scenario being dropped.

First up: Should I include it at all? This question should be looked at in several ways, but let me back up before I get into any of them specifically. In order to define what a particular game does or does not need, it’s important to determine what style that game is. For instance, is your game played out like a thriller? A horror film? A shoot-em-up? How about a novel or short story? This has a profound impact on your game. Another important part is to then go back and look at the books or movies you and your players have read. What did you particularly like about them? Even though most people find it uncomfortable to admit, they do indeed like a novel that has at least a subtle undercurrent of romance to it.

Now that you’ve determined whether your game will be playing out like a novel, movie or short story, you should have a good idea whether you’d like romance to be a factor. In some games it has no place, whereas in others I’ve found that it can really add a lot to a campaign, but it must be included well, and by mature gamers who are able to roleplay the multitude of arising situations with comfort, eloquence and grace.

Great, so, it’s been decided that romance would indeed make a good addition to your RPG. Now what? The most common concerns here are: Will my players participate?  Will this will feel uncomfortable to roleplay? I will address the first only for now, the second I will revisit later in this article. Assuming you are going the route of only including the actual romance itself, and leaving out the physical relations, a legitimate concern is that the male players of your group will have no interest. Not so at all; in fact, despite their denial of it, most males do in fact appreciate the romantic elements included in the plots of the movies they watch and the books they read, however cliché it might be portrayed. Obviously, the particular males in your group may be different. However, if your objection lies with the stereotypical male opinion on romance then have no fear; the stereotype is very often incorrect, though good luck finding one to admit it. The female gamer is generally more willing to attempt the portrayal of romance in the game world, but in the event that they do object, it is generally on account of not desiring to play out a pornographic experience. Often if made clear that it is just the psychological game of it that will be involved, the objection will vanish.

Before going on to the matter of how to actually incorporate romance into the game world, there is a matter I want to address first. Often, roleplaying groups include both male and female players, some of which may not even be playing their true gender in the game. I would advise against this (the cross-gender roleplay, not the mixed gender group) in a game that will include romantic elements, unless your players are extremely experienced roleplayers, simply on account of the potential awkwardness that could arise out of the situation. If you are confidant enough in the abilities of your fellow players, however, then by all means go ahead and allow it, as it could provide yet another level to the complexity and environment of your game world.

By this point, I’m sure some of you are very bored, and asking yourselves, “That’s great, now how does she expect me to include this stuff?” All right then, let’s begin. We’ve already decided that our RPG would be better off for having a bit of romance (or else you wouldn’t be reading anymore), but how to include it? I’ve found the best way to introduce it is at the beginning of a new chapter. For example, the characters have just completed a quest and are leaving the Kingdom of Blue when the session ends. Next session, with their arrival in the Kingdom of Green and it’s capital, the Emerald City, would be an excellent time to introduce a romantic interest for one of the characters.

In choosing a character as the first target, it’s of utmost importance that a good, well-rounded roleplayer is chosen. It is important to remember two things here. First, this will likely be the first occurrence of romance as a plot development in your campaign; the player chosen will be working without any prior experience roleplaying something of this kind (at least not with your group). The second is that they will need to deal not only with the NPC you’re throwing at them, but also with the other PCs reactions. This brings us to another point. The NPC doesn’t necessarily need to be pursuing the PC; all you need to do is be just suggestive enough that the PC decides to pursue it on their own. Only if the PC is failing to take the hint should you go further about it than subtle clues. On the other hand, as romance will likely present an entirely new and unprecedented element to you group’s gameplay, it may be wise to mention it in private to the player in question before the session begins. Mentioning it before hand will give them an idea at least that you expect them to respond to it as an offer of romance, rather than an accident in your portrayal of the NPC. Always remember, though, that unless it’s the central point of a plot, if the player turns it down, just let it slide. Pick another player at another time and try again; not every romance will work out, especially if the player finds it more awkward to roleplay than they anticipated.

Novels and movies can be an excellent inspiration for bad romance plot hooks. Start with something mildly cliché; introduce the concept of romance to the players. I bet your first dungeon crawl was cliché, too. Remember, make a detailed plot out of it. Why is the man/woman interested in the PC? Is it based on actual attraction, politics, spite, etc.? How does the rest of the city approve/disapprove of said relationship? What about the character’s companions? The more of these questions you’re able to answer, the better your plot will be. This should be no less gripping or intellectually challenging as the fight for the wizard’s tower. In fact, if executed properly, it has the potential to be a very powerful plot hook, one capable of inspiring trust in an NPC you’d otherwise need to talk up for a long time, probably through other NPCs, before the PCs trusted him/her enough to undertake something very dangerous.

As always, when a new venue of plot development is introduced, the GM is worried about where the players will go with it. What if, when the fighter realizes he has the opportunity to court a young lady, he chooses the barkeep’s daughter instead of the princess you had planned? It’s always important in these situations to think of it no differently than anything else. Improvise. Maybe the princess didn’t lose her golden comb, perhaps this woman had her grandmother’s locket stolen.

On the issue of PC to PC romance, I’m not sure what to suggest. In my opinion, this should be avoided in many cases; I’ve found it simply too awkward and will often result in a lot of stuttering which then turns to giggles. If you feel capable of it, though, go for it. As in this case it wouldn’t necessarily be a plot hook, just treat it as you’d treat a real-life romance. But don’t put it into the game unnecessarily, I’ve noticed that the rest of the PCs in the group tend to be uneasy, as if the two involved had a pact against them.

Finally, as promised, I will go briefly over the issue of the sheer awkwardness that arises from such roleplaying, especially NPC to PC. Here are a few things I’ve tried in my campaigns that can help.

Unfortunately, that’s all for now I hope this was at least moderately useful to you, and remember: In the end, it’s your plot’weave it into something special.