They Can Sleep When They’re Dead - Roleplaying Tips
11 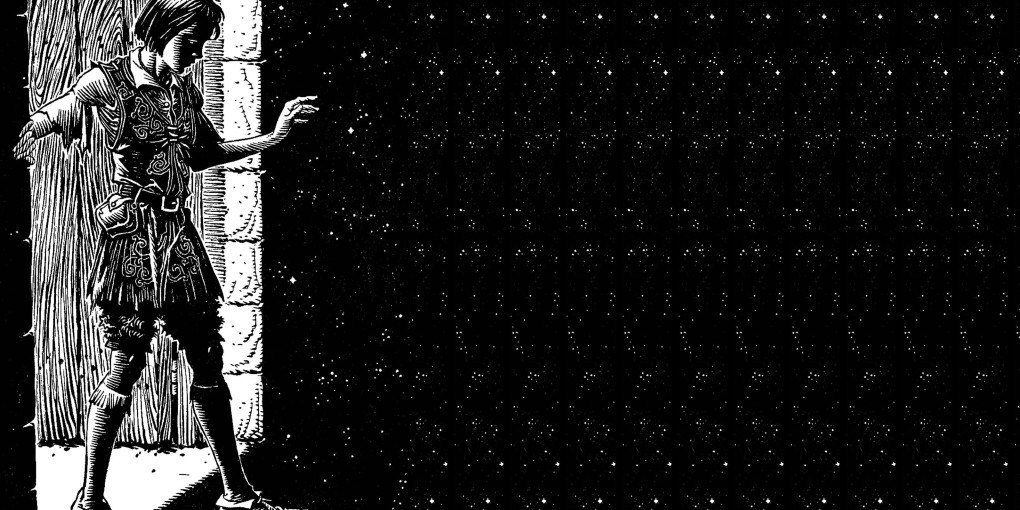 GM Scott Dyer wrote in with a problem about PCs who rest too often, which causes havoc on game game balance:

I am running Skull and Shackles in Pathfinder. This adventure path is horrible about having the PCs resting after nearly every encounter.

Over and over it’s one battle on a given day, with few grouped encounters. There are wandering monster tables, but I never use them because they don’t have any meaning in the story, so why bother with them since it just slows down the adventure path?

I have also beefed up the encounters because of this resting problem. The party was walking over everything before I made the enemies harder. This adventure path is requiring too much work on my part to make encounters more challenging.

What are your suggestions, other than having them attacked night after night to interrupt these rests?

Hi Scott, thanks for the question. There are two GM problems afoot here. First is not enough encounters strung together to break the one-encounter day problem. Second is coming up with encounters for an isolated environment, like a ship on an ocean voyage.

The following tips address a bit of both, and I hope they help.

Issue threats from every dimension. And because we’re talking RPGs here, I’m also talking about alternate universes, pocket dungeons, and parallel dimensions, including that weird Fifth Dimension cross-over shared by the classic 70s cartoons Spiderman and Rocket Robin Hood. (I need somebody to explain that one to me some day.)

On the ocean, for example, I could launch encounters from:

Look up, down, left and right. Try to envision the environment and fill it with people, places, and things.

You might also consult this article for more ideas: 100 Waterborne Encounters

And, as mentioned, think outside reality for more encounter inspiration.

Back in school, one GM rewarded the party with a pocket dungeon. He drew a map on graph paper, folded it up and then literally drew it out of his pocket when awarding it to us.

The group could enter the dungeon, which existed outside time and space, and adventure to their hearts’ delight.

I have used this idea more than once. Standard dungeoncraft applies. Put a secret that’s key to the adventure at-hand in the centre. Plant treasure useful for upcoming challenges. Create complications like prisoners, curses, and factions to add spice to the current campaign.

The point is, use the fantastic if you get into a jam for encounter source and space. Think weird, fantasy, magical. And always think 3D.

This is one of my favourite tips, which you’ll hear often. Stir the plot by adding characters who do bad things, make bad decisions, or bring bad luck with them.

One or more NPCs renders the party’s camp defenses useless, permitting enemies to creep in and attack. Or they signal when the PCs are finally asleep. Or they trash important equipment or cripple mounts.

Lure Into A Trap

Leucrottas are beasts that can imitate cries of someone in distress. The success of such encounters all depends on context. A cry from out of the blue in the wilderness gets everyone’s guard up. A cry for help near the burning carts and wagons of a caravan will draw PCs without hesitation.

So when an NPC tries to lure the party into a trap, say by parking the campsite right on top a hidden trap door for his buddies to emerge from after dark, you just need the right context to pull it off well.

Alternatively, have NPCs trigger encounters when the PCs have agreed to rest yet again. Use stealth so the NPC can do this over and over again, if possible.

Nothing beats resources used in intra-party conflicts. Love triangles can pitch even brothers against each other. A love potion or charm spell might help the cause.

So far in these tips I’ve been leaning towards conflict and resource depletion, but encounters of any kind strung together make gameplay interesting. The main problem with over-resting PCs is the game shuts down after little plot progression each day.

So extra encounters of any type is a win for you. And love triangles can spawn many encounters, especially if one or more sides has an agenda that goes beyond romance.

NPCs can also work as insiders to cause ambushes and other encounters.

For example, a spy could help a foe know exactly how to steal back a precious treasure the PCs stole. “Look, start a fire near their camp and make howling noises. Then have the others swing around the rear. When the fools rush over to put out the fire, swoop in and look for a magic red bag near white destrier. Snatch it and run for your life.”

Now the PCs can’t rest because they need to recover their bag of holding that not only has that cool magic item in it, but it has all their food and water too!

A great fantasy book I read last year was The Red Wolf Conspiracy. Lots of pages spent time on voyages on a huge ship. Great encounter ideas there for sure. One plot thread covered a race of small people who could stand in the palm of your hand, called the ixchel. They triggered several encounters and complicated various events on board during sailing journeys.

The ixchel are a good example of using NPCs to keep the game going even when the characters want to put on their jammies and tuck themselves into bed or are in isolated environments.

Drawing again from The Red Wolf Conspiracy, there was an unexpected piece of cargo the hero had to discover and deal with => an ancient evil creature!

Watch the TV series Firefly for more examples of what can go wrong on a ship. Engine failure, pirates, strange cargos, strange passengers.

Draw a map of the ship to inspire encounters. It sometimes helps to have tangible representation of all the spaces and how they’re used to trigger ideas.

Dig in to character backgrounds and desires to create side plots. These involve encounters not related to the main story, but because they are character-driven you’ll find players wanting to rest less or stir things up to trigger encounters on their own.

The basic reward for a side plot is spotlight time. One-on-one gamery with the GM. Sure, other PCs might tag along, invited or not, but it’s the PC with the side plot who’s running the table for a bit. That’s always a nice feeling.

With players motivated this way, they will dream up their own game moves. If you listen carefully and roll with their “gameplay offers,” your players can bail you out when you can’t think of any encounters to keep the adventuring day going.

I’ve got two freebies for you that go into even more detail and ideas on how to help characters adventure longer each day.

The first is a lesson grabbed in its entirety from my Faster Combat online course for game masters, “Lesson 2.11 They Can Sleep When They’re Dead.” You can download it even if you are not enrolled in the GMing course.

There’s a limited time coupon in the back for anyone interested in taking the entire Faster Combat course, as well.

This ebook is a collection of reader tips. See how GMs around the world handle one-encounter adventure days.

I hope these tips and PDFs help. I feel we are always better off working on storytelling skills so we build plots the PCs feel compelled to unravel instead of resting.

And great storytelling always trumps tactics meant to prod and cajole reluctant players into just one more encounter. Classic carrot versus stick. But I know how much a good story drives me to game more, and I think players are the same.

So while these tips offer tactical advice for triggering more encounters, be sure to wrap them up in a rousing story that’ll inspire players to game “just a little longer” to see what happens next. That beats Disenchanting Rust Monsters With Night Vision Goggles Parachuting From Rocs Into the Middle of Camp at Midnight every time.