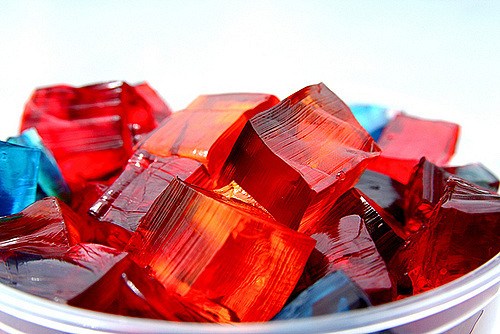 Had a great game of Out of the Abyss on Friday. Lots of funny gameplay stories came out of it. Here’s two, plus a monster challenge for you.

First story is about housekeeping.

As a player, always confirm your XP!

I’m playing a 4th level cleric who runs around saying “Praise Helm” in a French accent.

Guiscard kicked some major enemy buttocks with his spells during the session. In one fight he destroyed 8, no 20, no 100 skeletons. Yeah, 100.

Towards the end of the evening I asked about XP. Turns out he had had enough to be 5th level at the start of the session.

Guiscard is a belligerent soul, though. For the rest of the game I chided the others for out-combating them all with my reduced level. I declared I would not level up until the others could match my 4th level prowess. Guiscard was not popular there for awhile.

Second story is about an awesome NPC my friend Colin GM’d for the session. His name is Glabagool. He’s a gelatinous cube.

We befriended Glabagool three dungeons ago, and he’s been following us around ever since. At. 10 feet. Per. Round.

Colin runs him as a slow talking, simple, friendly creature who’s lonely and just enjoys our company when he can catch up.

Being the crazy bunch we are, we’ve put Glabagool to all kinds of great uses. The cube digests all organic material put into it. So he cleans our weapons and armour. He carries around our heavy coins. And he’s Bad Cop during interrogations as we slowly force prisoner limbs closer to the quivering creature.

But it’s Colin’s fantastic portrayal that really makes us keep the little guy around.

So here’s your challenge — and mine — next game:

Take a monster from your plans and turn him into an NPC. But not just any NPC. Roleplay the creature so the players want to interact with him.

Maybe start with a 3 Line NPC profile for it. Then extemporise during the game. If you want extra advice for fleshing it out, consider my book NPC Essentials, which also covers turning locations and items into cool NPCs.

Challenge accepted? Let me know about your monster NPC and how it turns out!