How to Prep And Organize A Monthly Campaign - Roleplaying Tips
3 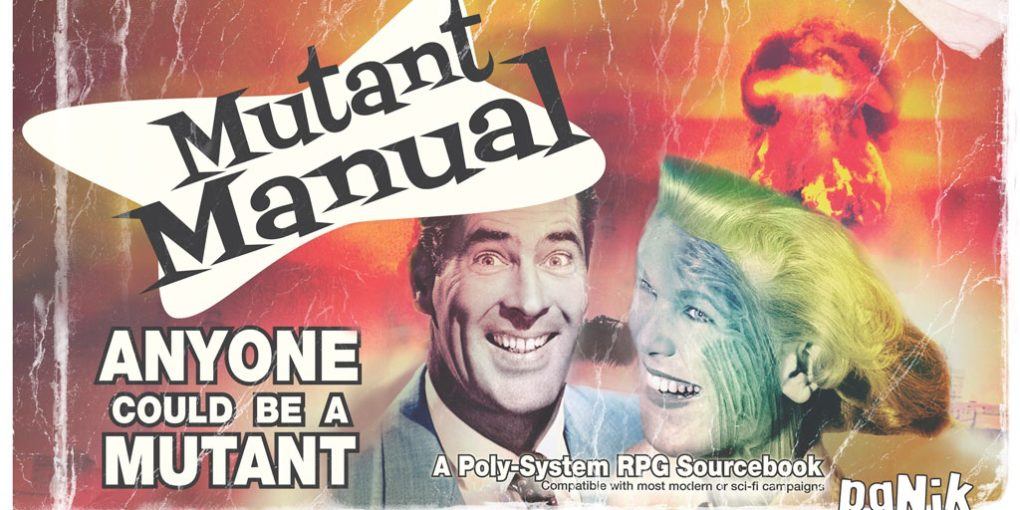 How to Prep And Organize A Monthly Campaign

My cousin recently got in touch with me because they are starting up a role playing game campaign. Some of the players are new. Others, like my cousin, haven’t played in years. The group will play in a method I’ve used for several campaigns. They will meet and play an extended session once per month.

I enjoy the monthly model. It lets us ‘children at heart’ adult well for most of the month and take a day off to get a game on. When running a monthly campaign, there are a few things that I believe can make a big difference when enjoying the big game day. As a GM, one of the biggest advantages with a monthly game is you have several weeks to casually prepare for the next session. This allows you to use some of your normal time to pick up or develop accessories and techniques to make the next session great and memorable.

This month’s RPG Blog Carnival is all about GM organization. So I thought the specifics I suggested to my cousin and also put in practice for my monthly game was topical.

Decide on a System

There are two paths you can go by. If you are going to game master once a month for a group of new and returning gamers, pick something you know well so you don’t have to do a lot of work in terms of mechanics and concentrate on the story instead. Given my cousin’s scenario, I recommended going with an established system with lots of resources already in hand, including a set of established modules for play. There is a reason you are only gaming once a month, lack of time and availability to game weekly! By using existing modules and games you already have and know you cut back on prep time.

Flipping the coin over, if your players are open to it and willing to commit, you may all want to try a new system. This would require everyone to commit to learning a little bit about the rules and help out with game play. The GM concentrates on the adventure scenarios and the players learn the system. By crowdsourcing sections of the rules of a new system within the group, no one person needs to learn every aspect of the rules, everyone specializes in a chapter or area of the system and adjudicates as a group as you all learn and play.

I’ve run in both models with good success. My personal preference is to always try a new system.

Devices at the Table

What will the rules be for having laptops, tablets, and phones at the table? Are other device/app games allowed while playing the RPG? I personally don’t want anyone playing another game while involved in the RPG or using their device to rules/monster dive on the web.

Since you are gathering once a month, I think it’s appropriate to put the table game first and not be crushing candy or chasing after jigglypuffs. If someone wants to use their device all the time, I recommend they take notes on the game as a character journal or record of the session.

Recently I explored broadcasting on Twitch TV. I offer extra experience or benefits (items) in game for any transcripts and journals shared with the players or me. Since you only play once a month, having a transcript or a character journal is a helpful way to keep events in mind and provide a good review before the game starts. The player recording of details also takes the burden of record keeping off the GM so you can run the game.

Rule Books at the Table

As part of the social contract, consulting books at the table should be discussed. What is allowed and not allowed? While learning, some rule references are needed. Deep consulting of the monster stats to meta game vulnerabilities or come up with rules interpretations in your favor may take away from the moment and immersion of the game. Figure out what will work for your players and set the expectations. I tend to restrict access to books during high action or tense moments and hold the story sacred.

Think about how physically tactical you want to make the game. Pathfinder is a fairly tactical game that can be miniature/board heavy. This same principal holds to those who are on the digital frontier playing online or with LCD table top environments. You can spend the month working on building out maps and tokens.

If you go this route, use any available kids toys and items from the dollar store to good measure. You have a month between games to hunt for miniatures, do some papercraft, or paint up some old lead (yes, I have been gaming and collecting miniatures so long that many are actual lead). When raiding a goblin village with a group of troll enforcers, I found a stock of 2 inch (5 cm) figures of the Lizard Man from the 2012 Amazing Spider Man movie. I was able to pick them up for a dollar each. With a little hobby knife work to remove the tails, I had an imposing squad of troll enforcers. It sent shivers down the players when a squad of 8 trolls appeared to re-take the goblin village after the group thought they cleared out all opposition.

Spending the month working on miniatures, scenery, or digital art for the next game can be rewarding and offers a great table experience. If the game is less predictable, then this might not be the best use of time.

With a single monthly game, I find we game longer (6-8 hours+) so a meal and snacks are certain. Having a food plan that is equitable and shared is a great idea. Your group might be lucky enough to have a host or player that loves to prep and provide something for all the players. You may think about a potluck model with rotating responsibility for a main dish and other players bring sides and snacks. Maybe ordering a delivery or takeout is more your style. Whatever the choice, make a clear food plan and avoid scrambling to satisfy hunger instead of enjoying the camaraderie of the game.

You have a month to watch for or craft special lighting, music, scents, and props to make a scenario or important scene pop. You have a basic idea of what module or scenario you will present, so working on a parchment map, note with a clue, a strange goblet from the second-hand store, or some appropriate music for a visit to court /noble party is a nice touch and can enhance that monthly session. If you keep your eyes and ears open and take a few steps off your normal routine from time to time, you never know what you will find over the course of the month between games.

Directly soliciting players after the session is important to gauge feedback and determine the course of play, especially early in the campaign. Ask what they liked, what they disliked, and encourage honest feedback. Especially for a monthly game. Request that a player or build yourself an after-session survey to gather what the players think. This process can be done open at the table, privately in conversation, or over the internet.

You should, as GM, solicit feedback after every session. This not only provides players with a voice and agency on content and style, but also helps ensure you are covering all player interests. You have a month to follow up and prepare for any style or content changes.

Despite the fact you are only gaming once a month, expect one player to miss each session because of life. Illness, kids, schedules, and work will interfere. With a monthly game, the impact to missing a session can be more severe if you don’t have a plan.

Make sure the group talks about how they want to handle a player who can’t make it. There are a variety of options ranging from random appearance/disappearance of missing PCs, have them become NPCs for the session, or have a backup player fill in for the session. I don’t think the GM should take control of PCs, so responsibility for the PCs should remain with the players. I think the GM should focus on running the game; not running a PC.

Use the two minute timer any time things start to get bogged down: the group is floundering on a decision, you need to look up a rule or make a call, or something needs to happen. Two minutes is usually enough time to figure out what you need and commit to action when that last grain of sand falls. You can flag the issue or rule for later research and figure it out after the action is done.

Many GMs I know use voices and different speech modality to great effect. If I have a key NPC or group that the players will encounter, I will spend time over the month working on developing slang and speech patterns to differentiate the group. Studying accents via movies or YouTube can help you practice a new way of speaking, mannerisms, or slang.

Running a monthly game campaign is a great way to still enjoy gaming without the weekly commitment and responsibility. With some established social contracts and a bit of attention when attending daily life, you can still make a monthly campaign game day shine and have all your players wanting to come back next month.

Palmer, aka Dr. Nik, is a game master of minor accomplishment. He’s been gaming since the Red Box of D&D came out, has written several print & online articles on gaming, won & placed in regional IRON GM competitions, and was voted Best Table Top GM in New England by the Northern New England Gamers Association.   He has 14 dogs and currently writes & publishes under his paNik Productions label.  His latest project is on Kickstarter now, The Mutant Manual:  https://www.kickstarter.com/projects/panikproductions/1834506216?token=5d24edeb