This week we discuss making those dumb old ogres something a little more, something to talk about after the session. It was fun doing the research and thinking up these tips.

But one thing kept bugging me. Many of the sources I looked at reported some monsters as being cunning. So, I thought, hey let’s make ogres cunning. But, in terms of game play and game master strategies, what the heck is cunning? Do you know? Email me if you wouldn’t mind, thanks.

Oh, and if you are currently game mastering a sci-fi game, just replace the word “ogre” with the alien race of your choice and tweak the tips accordingly. And if you are GMing a contemporary or cyberpunk game, use these tips to surprise your players on the next group of muscle-bound bodyguards they meet. 🙂

They Go For The Small Guys First

Hey, they’ve heard about that stupid Goliath guy and learned his lesson: attack the little guys first. Is this fair? Good! It’s not supposed to be and it will help scare the little guys quite a bit the next time ogres are around.

Fool The Characters In Their Own Language

Step One: have the ogres speak in loud, slow, stupid grunting noises before anything happensStep Two: give them really stupid, puzzled expressions on their faces when the characters speakStep Three: sit back and let the ogres listen, understand and react to the plans and commands the characters make out loud in front of “those stupid ogres”

Give Them Nasty Minions

Grant Them A Highly Intelligent Leader

Give Them A Very Strong Sense Of Smell

This goes both ways: make them hard to surprise by giving them powerful noses, and give them a heady stink to tip the characters off and make them nervous.

Give Them Lots To Throw

Hey, have you got any evil or cunning ogre tips of your own? Send ’em along! [email protected] 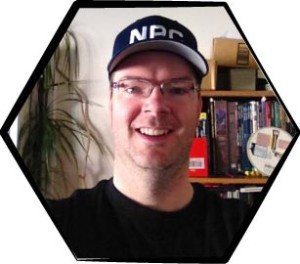