Today’s Musing is a longer piece about how to create great background stories for your magic items. It’s something I wrote for Strolen.com in 2011 and I thought you might find it useful now for romancing your treasure.

First though, do you remember the rules advice RPT GM Haukur from Iceland asked in a recent Musing? He was looking for ideas on how to add guns without extreme lethality to his D&D “Mad Max” style campaign. I forwarded him your tips, and he updated me on Facebook saying his game went great:

We took a session last Tuesday. The players — Alex, Kjartan, Lexi and Bjarni — were very engaged in roleplaying aspects and it was a very good session overall.

The balancing was doing great and the rules worked out perfectly with gun deadliness/rarity. I’m planning on developing further.

Thanks for your help.

Congrats Roleplaying Tips readers. You helped a fellow GM out. Thanks for your all your tips and emails! 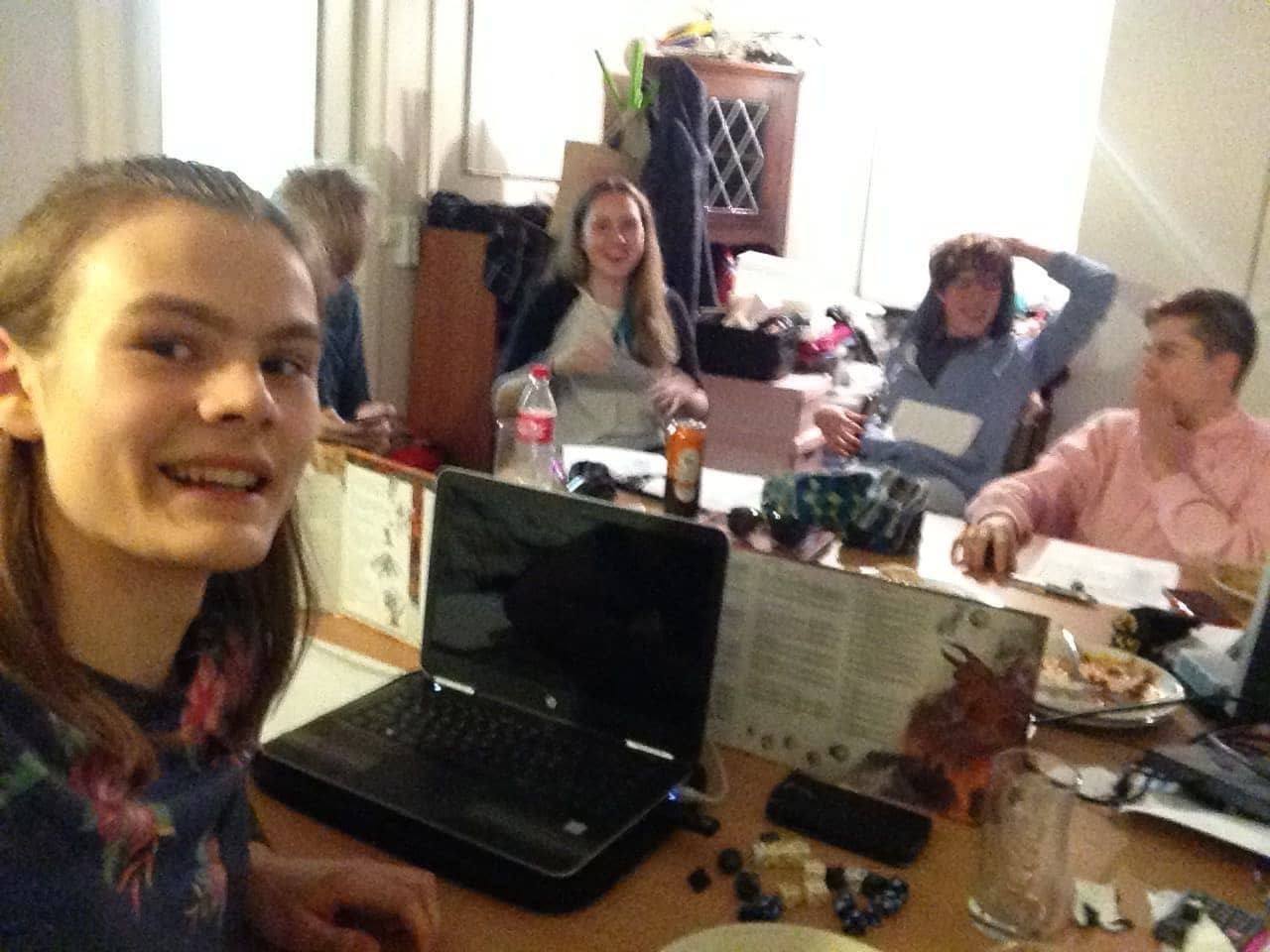 Give your magic item a quick history. Then use the history to tie a whole bunch of things together that will make you look like a genius.

We’ll get into the genius part in a sec, but let’s first create a simple background that you can do within the 60 second time limit.

To flesh out your item’s lore fast, give four questions a one-line answer each.

Who made the item and why? (And when?)

We’re dealing with how the item came into existence. The item’s origin story. And this is always interesting stuff!

I’ve assumed the item was crafted on purpose by someone or some-thing, but that need not be the case. A magical event might have imbued a mundane item with powers. Or, if you’re using the Legacy Item system from Assassin’s Amulet, the item might have spawned from energies absorbed by great events or NPC deeds.

Some ideas for why the item came into existence:

Next, give the item a date stamp. While not required, this fact offers you additional context and inspiration.

For example, is the item ancient or new? If so, that’s notable and worthy of further exploration to help detail the item and your campaign.

If you have a campaign management information system, like I do for my campaigns using Campaign Logger, then a date stamp also helps you log the item into it.

Lore Question #2: Who Used It Last?

In most cases, owners dictate an item’s effect on the world. A magic sword offers no lore if it’s been sheathed since creation. To make history – and interesting campaign material – the blade requires an NPC to brandish it.

On a finer scale, recent ownership can inspire plot. For example, if the item was stolen, the previous owner might want it back.

Items are either loot or possession.

Loot means the item sits somewhere waiting to be discovered. Dungeon crawls, museums, and private collections are full of loot, for example.

But that’s boring. We want to know who used the item last, which means it was a possession.

So go back to when the item was used last and jot a note about who used it and how that NPC became the owner.

Answer these questions as succinctly as possible to keep your creation process moving fast:

The main reason these quick facts help you is they offer a breadcrumb trail in your campaign. Armed with NPC identities, locations, and past usage rumours, you can guide the PCs to the item, add the item to an NPC’s background, incorporate the item into an adventure backstory and so on.

Next question offers you more grist for your campaign wheel.

Name a time when the item brought good to someone or someplace, and briefly describe what happened.

Again, a one-liner suffices. More details are welcome, so if you do have extra time, keep creating past events when the item did some good instead of fleshing out details for just one event.

You can always add details when working on other parts of your campaign or on-the-fly during the game. That’s where the genius part I mentioned at the beginning of this article comes in.

Now we dive into the dark corners of the item’s past.

Name a time when the item brought harm to someone or someplace, and briefly describe what happened.

If you have a bit more time, add more bleak spots to the item’s past.

You Are A Genius: Weave A Complex Tapestry Through Simplification

Questions three and four give you campaign depth with little work. This brief effort makes you a genius because the item becomes a catalyst and a unifying element.

By having an item do good and evil, you create an intriguing past. The contradiction will make PCs even more curious. The good and evil events generate conflicting views, stories, and legends. The PCs might even think they’re hearing about two different items, thereby creating a great future group Aha! moment.

Instead of a ho-hum cardboard magic item, you have one that offers mystery, dilemmas, and gameplay potential as players try to sort things out.

Further, these stories of weal and woe give players hints about the item’s powers. Bonus points if you offer clues about the existence and nature of hidden powers or surprise elements.

Optionally, each side wants the item to prevent their foes from using it against them!

During design, we create a lot of details. Each bit of information tends to be its own island within your notes. This NPC over here, that place over there, this event in your adventure background, that event in your campaign history.

Tie some of these details together using the history you just created for your magic item. Each time you link game elements together, you reduce prep work and add depth to your world.

You can even use this to generate some plot. Who did what when to whom? Your item history can take disparate facts from your notes and noggin, and start building such statements in your campaign background using NPCs, places, and things drawn from item history tidbits.

You connect stuff. This increases detail for what gets connected, which is great. But it also reduces the number of game elements you now need to track. It’s like a video game where smaller blobs combine into big blobs, and the big blobs get new features and properties from the merge.

For example, you need a village for your adventure. Normally, you’d put a dot on your map and declare that the village. Then you start developing the village a bit.

This time, you make the village the same one Urbat protected for all those years. Boom. A small parcel of details borrowed from an item’s history instantly gives the village great details and campaign context.

Instead of a new village and one more thing to track and design, you’ve got one place with a bunch of interesting details you can include or not, roleplay or not, as you run your adventure.

Go through your item’s history and tag all the people, places and things mentioned.

Each of these nouns becomes a new entity in your campaign. Try to link to these entities as you develop your game.