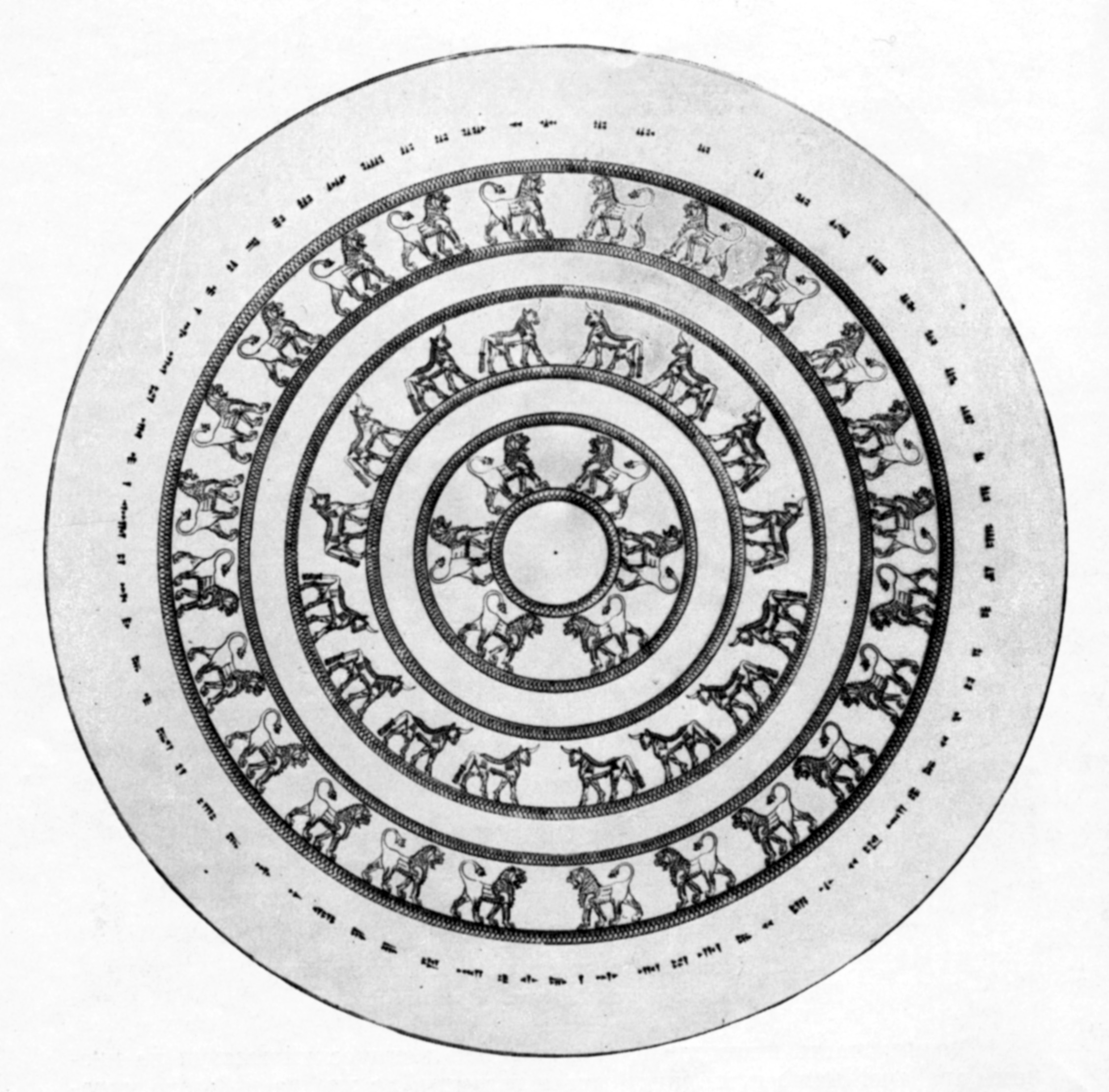 The Gavid is a major artifact, a shield of immense power

The Gavid is a major artifact – a shield of immense power – used by the forces of evil to put the entire world under their control.

Powers: Magic and magical weapons cannot harm its bearer. It also provides a deflection bonus of +10 to armor class.

Despite the power of this incredible shield, it has never been completely assembled, for it is made up of five pieces, and each piece is spread among five evil humanoid races. Normally, one piece goes to each of the Goblins, Kobolds, Orcs, Gnolls, and the Sunrast (the only true racial hatred the humans in Karlor have) who live on the edge of human lands.

Each piece is about the size of a buckler. When all five pieces are assembled, it resembles a large steel shield with bas-relief carvings and pictographs. No more than three pieces have ever been assembled, the point when it begins to gain some of its extraordinary magic powers. For five selfish and evil groups to work together long enough to assemble the Gavid and allow only one to use its powers is nigh unto impossible. Each piece separately acts as a conduit that enhances, enlarges, or amplifies an existing magic user’s ability. Because the Gavid was created under, and for use, during the Karwen magics, it does not differentiate between arcane or divine magic – a difference that did not exist with the ancient Karwen magics. Therefore, under the newer magics, post AE, any type of magic user – mage, sorcerer, bard, cleric, ranger, or paladin – may use a Gavid piece.

Each piece resembles a spear-shaped triangle with the tip having a slightly arced piece removed. When the five pieces are brought together, with the arced parts at the center, the shield has a pentagon shape on the outside, and a center circle-shaped opening, about 2” in diameter. The inside part of each of the five equally sized sections has an opening in it so it can be mounted as a staff head.

Each of the five pieces can do any one of the following things, dependent on it bearer.

The only weakness that exists in the completely formed Gavid is that only non-magically enhanced weapons can hit the bearer.

The Gavid was created by the first Karwen, Dasentenarra, who turned evil (one of only four such Karwen to do so) and he spread them among the five races at the end of the second era. Before he spread them, his brother, Lastenrebena, also a metal crafter of superb skill, made the Gavidic Heralder, a long sword made using the cored circle from the center of the Gavid as the pommel. As a result of Lastenrebena’s magic and the ability of the living steel, when two or more pieces of the Gavid are in use, the Gavidic Heralder sword will appear in the lands of non-evil races. Because of the great amount of time between when the pieces appear, the races typically have to discover its powers all over again on their own.

The Gavid has been partially put together four different times throughout history. Each time, there has been a series of wars lasting for hundreds of years, starting with 200, then 400, then 600, and finally 800 years, before it was broken into pieces by slaying its bearer. The next time it appears will be the start of 1000 years of war, a war that has many ancient references and legends. The only people who have written references and legends are the Eenasa Elves. Only several groups of Eenasa Elves have enough references to properly document the history of both the Gavid and the Gavidic Heralder longsword.

A secret known to nobody, except Lastenrebena, is that the Gavidic Heralder sword will ignore all defenses of the Gavid Shield if used on its bearer. The result of any successful hit on the bearer will instantly slay the bearer, and break any Gavid staff, or its shield, into its individual components, and then those parts will instantly be teleported at random to the lands where they were last found. Of course, the wielder of the Gavidic Heralder will pay the ultimate price as set forth in its description.