Preparation of Material for a Roleplaying Adventure 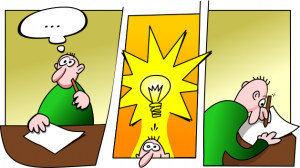 When you create your own campaign there’s so much you could spend your time on. Should you write up non-player characters (NPCs) with rich backgrounds? What about scenes you expect will take place in game, and speeches spoken by NPCs? Should you detail the background of a plot, or the things you think should happen next? What about designing puzzles and contests, or even maps? Are you better off creating rough notes or intricate details?

NPCs are the backbone of many good adventures. If you’re big into role-playing rather than hack-and-slash, NPCs are probably the most important part of your preparation. Even if you prefer the hack-and-slash they can provide many a quest or adventure idea. As long as you have a well-detailed character you can adapt him to any situation. If you know your character’s motivations, he can be a part of long conversations that require little preparation at all.

When creating NPCs who are meant to be more than combat-antagonists, the following are useful details to think about. Whether you write a sentence on each or entire paragraphs, you’ll find your effort more than repaid in plot ideas and conversational material during game.

Start with the character’s family. Who are his parents, his brothers and sisters, his spouse, his children? Too many characters in roleplaying games seem to spring fully formed from the head of the game master (GM), with no family and no childhood. The more layers your NPCs have, the more interesting they will seem to your players.

The character’s history. How did he get to where he is today? The more you know about his motivations and ambitions, the events that shaped his life, the easier it will be to figure out what he should do in the context of your game.

The character’s abilities. What is he good at? What is he bad at? How, where, and from whom did he learn such things?

Mundane details of the character’s life. What job does he have? Where does he live? You don’t need lots of detail here; just a few things to work with. Characters seem much more “real” when they have these sorts of details. It also becomes easier for your players to attempt actions related to an NPC if you know where he’s likely to hang out and what he’ll be up to.

The character’s plans for the future. Almost everyone has at least some idea of where he’s heading and what he wants out of life. If he’s a scientist, what projects does he work on? If he’s a sorcerer, what magic’s does he seek? What research does he work on? What personal goals motivate him?

The character’s blind spots. Everyone has them, and few GMs think to detail them. Does your NPC trust a certain type of person implicitly? Does he believe himself invincible, even though he isn’t? This may provide the foundation for how your players can blackmail or defeat an NPC.

The character’s personality. How does he act? How will he react when treated in different ways? This is one way to make each of your characters stand out from the others.

What does the character look like? A person’s appearance can convey a great deal about him.

You might think all of your plot ideas will come from the “plans for the future” and “history” sections, but you’d be surprised. The most amazing inspirations come from family, mundane details, personality, abilities, and even appearance.

Scenes and speeches can be useful at times, but they’re of limited value. For one thing, it’s very easy to obsolete them. If your players make a single choice or ask a single question that you don’t expect it can invalidate an entire scene or speech.

Under certain circumstances they’re useful. For example, if you know that a certain character will have a certain dream, and that he will observe it passively, then it’s probably safe to write it up. If the characters will hear a public speech that they have no reason to interfere with, then there’s a decent chance it will go off as planned.

Instead, you might be better off loosely sketching out scenes and speeches. It takes much less time to outline a scene briefly than to write out every detail. Make a note or two about the physical details of the scene to give you a place to start from when describing things. Note who is likely to be in attendance, and what their attitudes and likely actions will be. Write a sentence about what purpose the scene is meant to serve, so that if it goes wrong you can try to save the purpose if not the details. Then you might note the expected beginning point, the expected end point, and any major events that should take place. If you think of things that might not go the way you want, make a note or two about how you’d handle them.

In the case of a speech, you might loosely outline the points to be covered, and write down any choice turns of phrase that occur to you. Know everything you can about the speaker – his motivations, what he’s trying to achieve with his speech, and his attitude toward the player characters (PCs). That way you can adapt the speech to any events that you didn’t expect. And if the players’ actions have eliminated the scene or speech you had planned, you won’t lose nearly as much prep work.

Writing out a list of possible scenes with a few helpful details for each can give you an entire evening’s worth of material that you can adapt to player action as necessary. It also means that you won’t feel pressured to make sure that your scenes run as planned. If you believe that your scenes must happen in a certain way, then you may railroad the players into playing the game your way – and this tends to frustrate players.

The background of a plot consists of a number of details. Take, for example, a seemingly simple quest in which the PCs must retrieve a holy relic from a derelict church. Who has asked them to perform this quest? What is it that she wants the relic for – or what does she really want, if not the relic? Who is she and what is she up to? Who will the PCs encounter along the way, and will they seek to help or hinder the PCs? Why? Where do the PCs need to go? What do they need to do? How may they fail or succeed?

A line or two on each may be all that you need. Or you may deeply detail each person and possibility. You may also want to make notes based on this background as to what might happen during game (see the notes on “Scenes and Speeches,” above). The longer you expect a plot to take, and the more intricate it will be the more prep work you’ll want to do. Also, if you expect the NPCs from the plot to stick around in-game afterward, then it pays to detail them up front (this keeps them consistent).

As long as you have this background, then you have material to work with. Whether you extrapolate from it before game starts or as you go along, you know where you’re coming from.

Puzzles and contests come in all sizes, complexities, and flavors. Whether you’ve planned a simple trial by combat or a complex puzzle with clues hidden throughout an entire civilization, you’ll need to plan ahead. Small, simple puzzles are usually pretty straightforward. Intricate ones may consist of entire webs of clues and payoffs.

You may expect me to say that keeping track of your clues, where the PCs can pick them up, and what they lead to is the reason to plan these things out ahead of time. In fact, there’s another reason entirely. You can’t ever be certain in advance which clues will work out, which ones will make no sense to your players, and which will be sidestepped altogether. After all, no GM can anticipate everything her players will think and do. You’ll want to be able to fix things on the go. If you plan ahead of time, you can double-stack each clue or piece of information, hiding it in two places, providing two means to get to it, or at least giving yourself a back-up plan in case anything goes strange.

If you have to give players props like maps, make them as enigmatic as possible. The more details you put in writing, the less you can change in order to keep up with your players. Also, keep in mind that a map of places the PCs haven’t gone yet doesn’t have to be entirely accurate -so even if you do mark everything up, that shouldn’t stop you from changing things.

If your players are the sorts of folk who will really enjoy the feel of an authentic-looking scroll with real hieroglyphics on it, then you may wish to spend the time to create one. If they’ll look at it once and then never pull it out again, you’re probably better off making a five-minute knock-off.

When considering how much effort to put in on something, always think about what the payoff will be. It can be frustrating to spend an hour lovingly crafting a prop, only to have it ignored. Similarly, it can be embarrassing to put five minutes in on it, only to have the players minutely study every detail.

When it comes down to it, the preparation of material should be all about flexibility. You can never predict everything your players will do, so you need to be ready for the unexpected. The more flexible the material you’ve prepared the more ready you’ll be. Background material is infinitely changeable, and provides a great deal of inspiration for in-game events while retaining its flexibility; thus, you can detail it to your heart’s content. You are limited only by your free time. In-game material is easily rendered obsolete, and thus you’re usually better off roughly sketching such material and leaving yourself as much wiggle-room as possible. You’ll need your rough notes in order to keep track of where things should be going, but the more detailed they are, the less flexible they become.

Now I’m going to tell you a secret. If you’re a GM without a lot of experience, the idea of improvising from rough notes probably makes you nervous. You think the players will notice that you seem unprepared. Believe it or not, GMs tend to come across as more unprepared when they detail everything that’s supposed to happen in-game.

Why? Because more often than not they get caught with their pants down when the PCs do something unexpected, and then they have no idea what to do. GMs who improvise tend to feel as though they’re disorganized, and that it must show horribly. But the players rarely notice.

I’ve heard lots of players comment on how well-detailed and gorgeous any given campaign or chronicle was, only to see the GM’s eyes widen. He then makes some comment about how he was really doing everything by the seat of his pants, and felt terribly disorganized.

Yet this comes across as more prepared to the players rather than less, because the GM makes things suit the PCs’ actions. It’s the GM who sits there staring at his intricate scene details and then tries to find a way to shoehorn the PCs into them who comes across as unprepared.