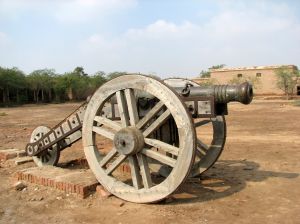 Monsters in RPGs have had a long history of special abilities that add additional cool tidbits to encounters. For example, a dragon’s fiery breath and a rust monster’s corruption of metallic objects.

However, seldom do they have attributes that cause players to think outside the box or that kill them in a specific way (think Medusa from Greek Mythology here).

The party fights a dragon with a breath weapon. To avoid it and kill the dragon, all the players need to do is hide whilst the dragon breathes, then strike whilst it recuperates for its next attack. Difficult, but not that exciting.

The very same dragon has draconic armour covering its entire body. There is no way the party can touch it. However, just before the dragon releases its breath weapon it must expose its neck and then it is time to strike. This introduces a level of risk. Should you attempt to cut its throat even though a few seconds later it will be erupting lava from its mouth?

If overdone, this could be seen as railroading or corny. But I guarantee if used now and then as something special, it will stick out in the minds of the players.

Monster Features: How Do I Make Them?

Take a normal monster, add a power, and then attach a weakness to this power that isn’t obvious.

Then, have the players fight the monster and make it clear something needs to be done to kill it.

Terrain Game Changers are there to enforce a different style of play. If your players usually run into an area shooting their guns at everything that moves, perhaps add in some explosive barrels that will kill them as well if they go off. Or maybe a piece of technology or art they need. Or hostages.

Terrain Game Changers will get your players thinking on their feet and increase their awareness of alternate tactics.

Terrain Game Changers: How Do I Make Them?

Consider the standard moves of your players and insert something that prevents them from doing this.

For example, if your players usually shoot, add in something they can’t damage at range. If they usually go in swinging, prevent them from getting close enough to the enemy (or give the enemy something that would make getting in close too dangerous).